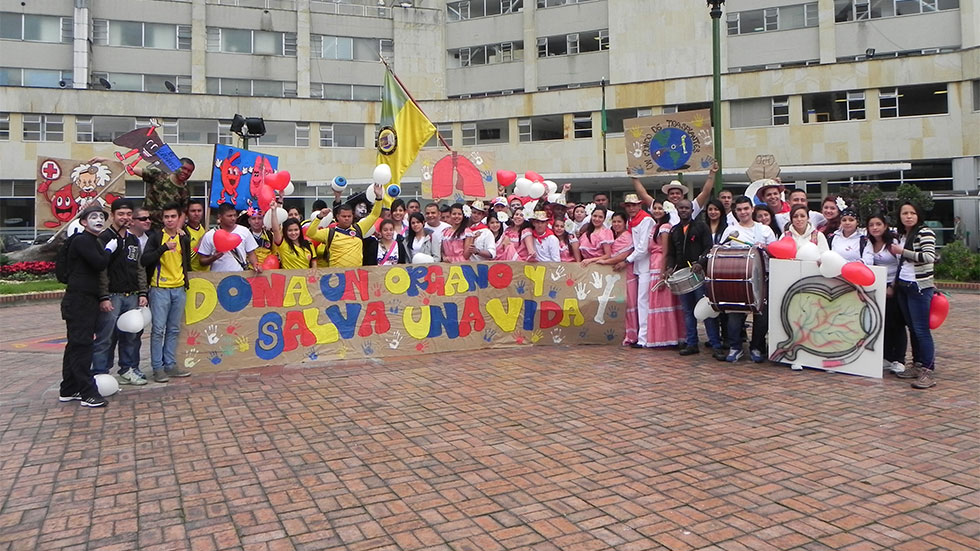 In a highly emotional letter, a prominent “lady guardian of the soldier” at Colombia’s military hospital, celebrated how she has received not one soldier injured in combat in 2017, effectively converting her hospital into a “peace hospital.”

Sandra Ines Henao is the wife of General Javier Florez, a former peace negotiator on behalf of the military. At the military hospital, she is a one of many so-called “Women Guardians of the Soldier,” a group of military officials’ wives who visits and accompany injured soldiers, hoping to give moral support to the soldiers who often were left mutilated by the war.

Henao expressed her feelings of joy, relief and optimism in a letter published in newspaper El Tiempo on Sunday.

Florez’ wife over the past 18 years has attended thousands of injured and dying soldiers. Until now, she said in the letter.

“My military hospital was the hospital of war, of pain, of struggle,” but also one “of miracles,” Henao said in a letter published in newspaper El Tiempo.

Every week, when I left my visit as a lady guardian, I told my family I wouldn’t be able to get up the next morning and that someone needs to invent a painkiller for the soul.

“Had anyone told me three years ago that combat injuries would stop arriving at the military hospital one day, I would’ve said, ‘yeah sure, sure, sure,” Henao said.

I cried in silence and only at home because my husband was at war and my children were living a life of magic I invented for them so they could grow up normally in the midst of war that was killing us all, one by one.

However, that’s exactly what happened.

While 37 maimed and sometimes dying soldiers entered the hospital in 2016, this has been reduced to literally zero, hospital director General Luis Eduardo Perez told staff, according to the Henao.

“None! None! My god, I cried. I continued listening and he said he wants the hospital to become the best university hospital, to teach all we have learned, all our experience with the war, and convert this into lessons for peace. My god, I cried.”

“Now I no longer have to console those who are mutilated. No more brave mothers receiving their children in pieces,” the general’s wife said in an extremely emotional express of relief.

On Wednesday, the day of her weekly visit, “I am going to do my round at my beloved ‘Hospic.’ I am going to sit down and breathe the peace. Finally.”

According to Henao, over the years she worked in the hospital she had considered herself an adopted mother of 15,000 soldiers whose limbs had been ripped to shreds by landmines are bullets, and of “many traumatized victims because the soul is also amputated.”

I have been in the war for so long I have never been able to enjoy peace. I don’t know how to live in peace! I am going to enjoy, for the first time in my life, a normal day at the hospital.

“My children will grow up in a country at peace,” Henao said in an expression of optimism about the future rarely seen among those not directly affected by the war.

Tomorrow I don’t want to worry any more about war. I want to worry about the normal things in life. Living, dreaming, the daily challenges, public transport, the climate, politics. This is the beginning of my new life.

While the Colombian military continues to suffer losses in the armed conflict with the ELN guerrilla group and a number of paramilitary groups, Henao implied the military hospital is close to becoming obsolete as the central hospital for military victims of Colombia’s 53-year-long armed conflict.

With the signing of the peace accords and the important reduction of received injuries of war at the Central Military Hospital, the opportunity presents itself for a new priorities for the institution, aimed at improving the situation of war veterans and, moreover, broaden the lines of investigation and strengthen the institution as a University Hospital.