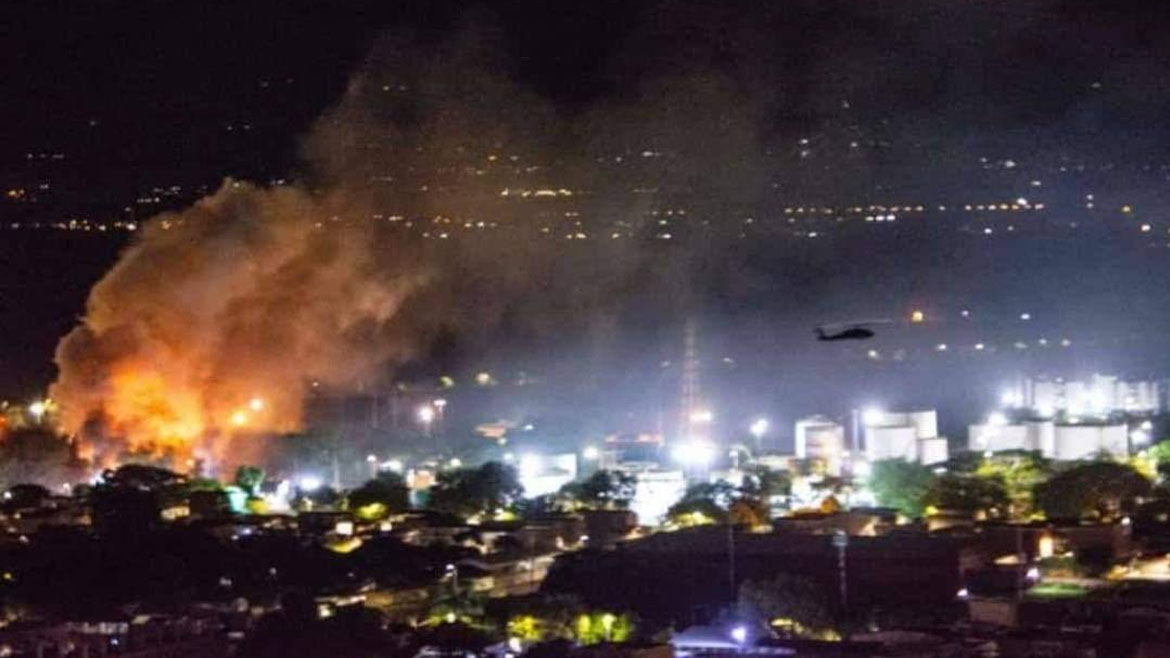 A video showing soldiers with armed civilians in the city of Yumbo, where protests turned violent on Sunday, was met with indignation from Valle del Cauca Governor Clara Luz Roldan.

Yumbo Mayor John Jairo Santamaria expressed fury with the government of President Ivan Duque on Sunday after he was forced to flee his own city.

The violence in Yumbo left at least one person dead and dozens injured, and incinerated the city hall, a local petrol plant and at least two gas stations.

A cop station goes up in flames today in Yumbo #Colombia after another protester was murdered by the state last night. Colombian workers are now in the 3rd week of a national uprising against its US-backed drug govt. #ParoNacional #ColombiaResiste pic.twitter.com/nME0AzYTXz

Embattled Defense Minister Diego Molano said anti-government protesters were behind the deadly violence, but was contradicted by locals who said police were responsible for incinerating the plant.

The video of the military colluding with rioters adds credibility to the locals’ claim and further eroded the credibility of Molano, who was already facing a motion of no confidence.

According to the opposition, the defense minister is responsible for more than 2,000 alleged cases of police brutality and the deaths of more than 50 people during three weeks of protests.

The police chief of Cali resigned on Monday after evidence that police aided armed civilians who opened fire on native Colombians protesters who were on their way to the capital of Valle del Cauca.

The president has come under international criticism over his response to national strikes and the subsequent protests that have largely been peaceful.

Duque, Molano and the commanders of the National Police and the National Army were charged with crimes against humanity before the International Criminal Court last week.

Ignoring calls for talks, the president ordered the “maximum deployment” of the security forces, claiming that “criminal interests” were behind roadblocks that have been set up throughout Colombia.

Strike leaders called for a new national strike for Wednesday, a week after protesters virtually took control over all Colombia’s major cities in rejection of police brutality.