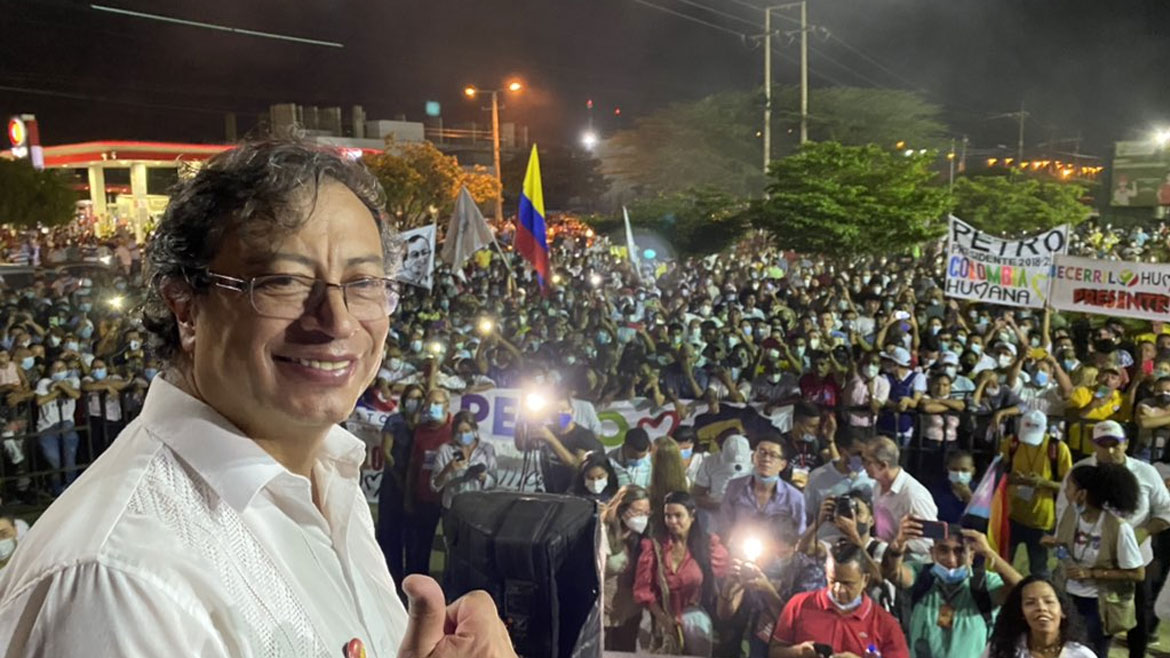 Senator Gustavo Petro at a campaign rally in the city of Valledupar. (Image: Twitter)
Elections

The political party of Colombia’s main opposition politician will be allowed to take part in next year’s election following a landmark court ruling.

The Constitutional Court overturned a 2018 ruling by the National Electoral Council (CNE), which refused to recognize the party founded by Senator Gustavo Petro, “Colombia Humana.”

The impact on the 2022 election race

The ruling is a major victory for Petro and his allies who are now allowed to run in next year’s Congressional elections with their own political party.

The party and their presidential candidate will additionally be granted State campaign funding and be allowed to raise private funding.

Petro and his supporters celebrated the ruling, which allowed their participation in the 2022 elections and the local elections that are set to be held in 2023.

The court ruling is also likely to make it easier to resuscitate the “New Liberalism” party that was originally formed by assassinated Liberal Party dissident Luis Carlos Galan.

The ruling that allowed the formation of Colombia Humana is the latest consequence of a 2016 peace deal between former President Juan Manuel Santos and guerrilla group FARC.

Earlier this year, the Constitutional Court approved another element of the peace deal, which granted 16 congressional seats to victim representatives between 2022 and 2030.

The latest ruling loosened electoral legislation that complicated the formation and electoral participation of political parties former by new or opposition forces like that of Petro.

The peace process and increased political participation have been fiercely opposed by President Ivan Duque and his supporters in Congress.

The president and his far-right Democratic Center party have categorically rejected the peace process.