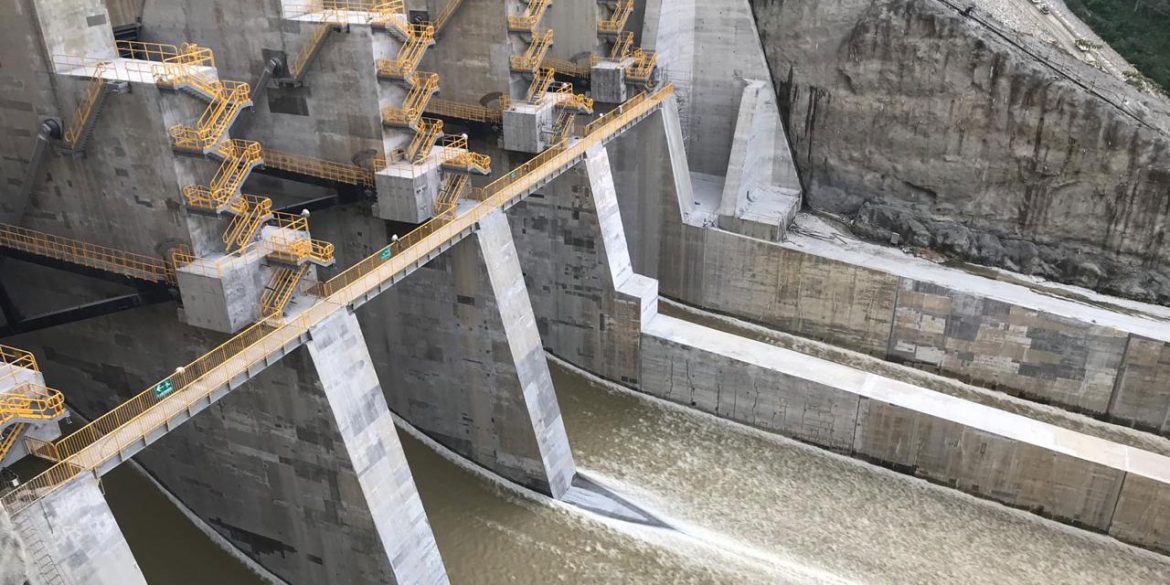 Medellin public utilities company EPM on Wednesday successfully finished the first leg of an operation to prevent the failure of the construction of the country’s largest hydro-electric dam.

The company said that it was able to close one of the two gates to the turbine chamber tunnel that has provisionally been used to discharge water from the reservoir of the Hidroituango dam.

EPM was forced to speed up the closing of these gates after a huge sinkhole was found in the mountain that supports the dam, presumably as a consequence of erosion caused by the water flowing through the tunnel.

The second gate will be closed next week. This operation is possibly more risky than that of Wednesday, because it is uncertain if the mountain is strong enough to withstand the suction caused by cutting of the massive volume of water flowing through it.

Once the turbine chamber tunnel is closed, engineers will be able to inspect the damage inside the tunnel and the mountain, and decide if the $4 billion dam can be finished or should be deconstructed.

The construction problems with the mega-project began in May last year after the premature closing of the original water discharge tunnels and rising water in the reservoir threatened to flood the entire project that was still under construction.

In order to regain control over the project, EPM decided to use the turbine chamber tunnel to allow water from the reservoir to discharge into the Cauca river.

Whether this decision saved the dam that was supposed to begin providing 17% of Colombia’s energy in November last year will not be clear until after the closing of the turbine chamber tunnel.

The financial consequences of EPM’s failures forced the company to sell off millions of assets while Medellin, which largely depends on the utilities company’s revenue, was forced to provisionally cut spending to avoid a possible municipal bankruptcy.