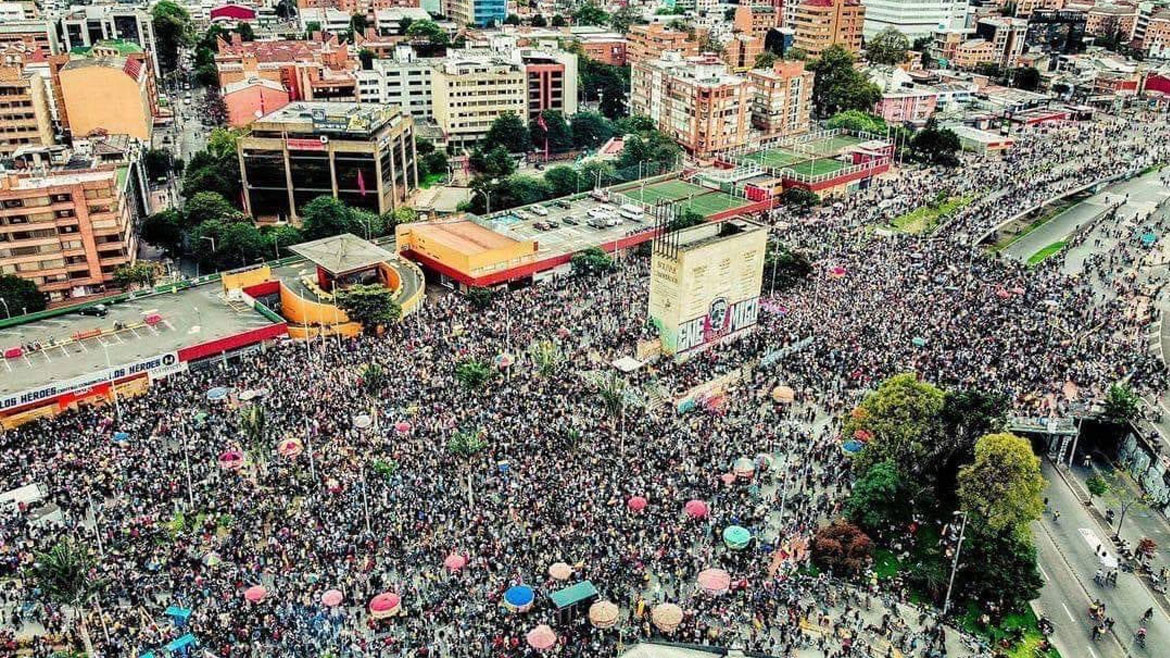 Colombia’s judges and prosecutors laid down work on Tuesday to join a two-day national strike in opposition to far-right President Ivan Duque.

Multiple judicial labor unions and associations said they would join anti-government protests that will enter their fifth week on Wednesday.

In a press release, the National Association of Judicial Branch Employees (Asonal) said that “we also reject the disproportionate police repression against those who peacefully exercise their fundamental right to protest.”

Eight judicial associations said in a joint statement that they would lay down work in protest of the “inadequate institutional response to the demands of the population.”

Asonal specifically blasted the “submissive and negligent” attitude of the Inspector General and the Ombudsman, who were already under fire over their response to police brutality.

The judicial workers will be joining protests organized by the National Strike Committee whose April 28 strike triggered four weeks of anti-government protests throughout Colombia.

The first two-day strike since the beginning of the protests comes a day after negotiators of the National Strike Committee and the government agreed on a draft agreement that would guarantee peaceful protests.

The National Strike Committee, which represents students, farmers and labor unions, has refused to begin negotiations on their demands for far-reaching economic reforms until the government ends violent repression.

While the strikes organized by the National Strike Committee have been largely peaceful, there have been a growing number of reports of violent protests and even attacks on members of the loathed National Police.

Duque’s response to the strikes has made him the least popular president in the history of polling in Colombia.