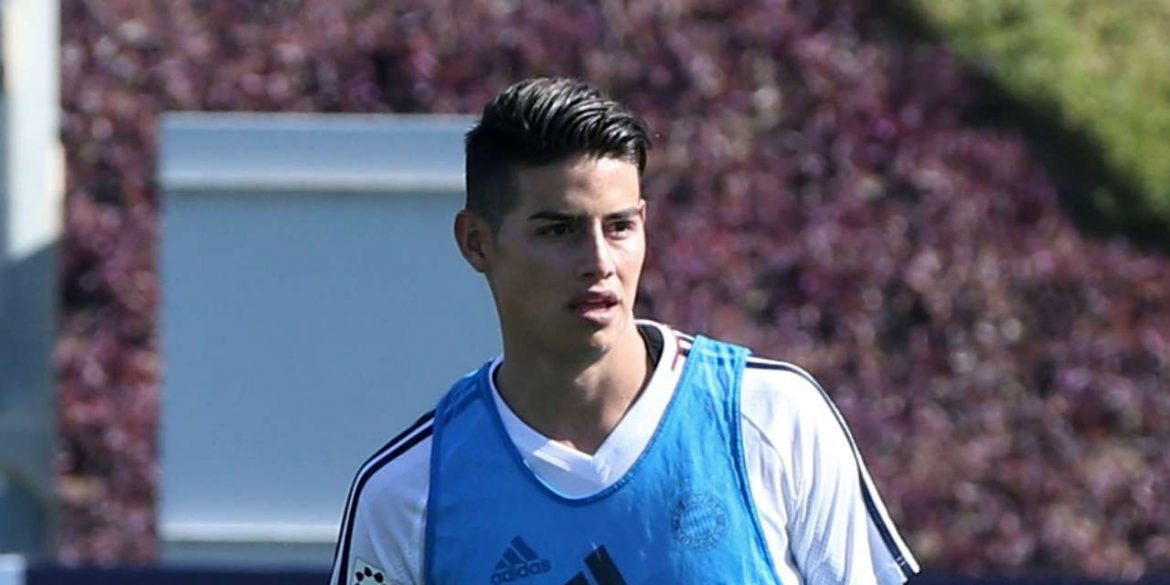 The Cucuta-born star has been caught up in an ongoing transfer saga since his return from a two-year loan spell with Germany’s Bayern Munich with Napoli and Real’s city rivals Atletico Madrid showing strong interest.

However, a serious knee injury suffered by the Spanish midfielder has generated another twist with the possibility of James remaining at the club as cover now looking like a realistic outcome.

James’ agent Jorge Mendes on Monday told Macra that the future of the player is now in the hands of Real Madrid president Florentino Perez, with the Real chief rumored to prefer to keep the Colombian at the club.

“You’ll have to ask the president (Florentino Perez) who is here next to me,” said Mendes.

Despite the controversy and uncertainty, James began Real Madrid’s pre-season training with the rest of the squad on Monday.

Rodriguez was snapped up by Real Madrid after top scoring at the 2014 World Cup in a $98 million deal, with the attacker enjoying an excellent debut season under Carlo Ancelotti scoring 17 goals and registering 18 assists in all competitions.

Before leaving for Bayern Munich two years ago, James’ relationship with Zidane had almost completely deteriorated with him making just 20 starts in all competitions under the Frenchman.

He made a total of 111 official appearances for during his first spell in Madrid, scoring 36 goals, winning La Liga once and two Champions League titles, as well as two UEFA Super Cups and two Club World Cups.

He enjoyed a temporary revival of fortunes at Bayern Munich but over the course of two seasons he missed 25 matches through injury and struggled to find real consistency with the Bavarian outfit.

Overall, James contributed 15 goals and 20 assists in 67 appearances for the Germans.

Real Madrid will continue pre-season preparations against Tottenham Hotspur at the Audi Cup in Munich on Tuesday ahead of the return of the domestic league in three weeks time.

With the Spanish transfer window not closing until August 31, one would not rule out another twist in the James story but for the moment the president has spoken.