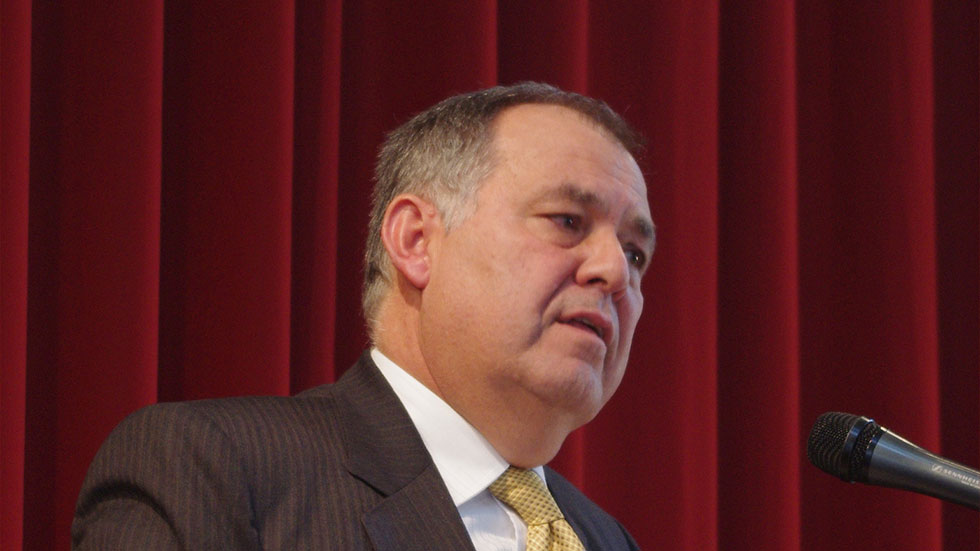 Colombia’s State Council revoked the reelection of the country’s controversial and staunchly conservative inspector general, paradoxically infamous for seeking the removal of some of the country’s most prominent leftist politicians.

According to the State Council, the 2012 reelection of now-former Inspector General Alejandro Ordoñez is nullified on three counts. Consequently he must immediately be removed from office, the court said.

The former official can not appeal the decision and told press he “disagreed, but respected” the ruling.

Ordoñez fired three times at once

The top court had initially only been asked to rule on one allegation of nepotism, but went well beyond in its ruling.

Second, when the court presented Congress its 2012 shortlist not one other candidate was put forward.

Congress approved the reelection that was already contested by the opposition at the time.

And third, some members of the Supreme Court who proposed Ordoñez to the Senate for reelection were impeded to do so because of they had a personal interest in his reelection.

According to the State Council, Ordoñez granted several lucrative positions in the Inspector General’s Office to family members of Supreme Court justices Jorge Mauricio Burgos Ruiz, Javier Zapata and Ruth Marina Diaz ahead of the reelection.

Three months is a long time

Even though Ordoñez was already supposed to resign within three months, his preliminary impeachment is highly significant because of the timing.

Colombia is about to vote on a peace deal with leftist FARC rebels and Ordoñez, until he was sacked, was the most powerful opponent of it.

Therefore, the decision is a major blow for former President Alvaro Uribe, the leader of the campaign against peace with the guerrillas, who has now lost his most powerful ally within the judicial system.

At the same time, the impeachment comes at a convenient time for President Juan Manuel Santos, who has pinned his political legacy on the line with the peace talks. Ordoñez was powerful obstacle in the president’s way.

Ordonez will not be able to use his now-former office to seek irregularities in the peace process, leaving Uribe more isolated in his campaign to vote “No” against peace with the FARC on October 2.

A relief for democratic left

The ruling is at the same time is a major victory for Colombia’s top left politicians, who both supports the peace talks and found itself under constant attack by the prosecutor general who —  most times illegally — has sought the political banning of the most prominent of Colombia’s leftist political leaders.

The Prosecutor General’s office had a number of investigations pending targeting the process and the peace deal and was seeking the political banning of leftist opposition Senator Ivan Cepeda (Democratic Pole) and former Bogota Mayor Gustavo Petro (Progressives).

Former Liberal Party Senator Piedad Cordoba’s ban had already been deemed illegal earlier this year after the State Council ruled Ordoñez lacked any evidence when he convicted her for ties to the FARC. The Inspector General has appealed that ruling.

However, as Ordoñez said when he absolved two corrupt former ministers after his inauguration in 2008, “the King is dead, long live the king,” meaning that if the incoming Inspector General decides so, those investigations could be stopped in their tracks.

Uribe rejected the decision, linking it to his opposition to the peace deal, which seeks the political participation of the FARC after more than half a century of political violence.

“It’s troublesome that while some don’t win their fundamental right to be elected and have done so through violence, those who deserve it rightfully have it removed,” Uribe said.

The former president has seen two of family members and dozens of political allies in congress disappear behind bars over corruption or ties to death squads. The former head of sate subsequently has accused a multitude of officials in the political and judicial system of politically persecuting him.

“I don’t think the inspector general ever has said he was persecuted either politically or judicially and then today arrives the ruling, which I believe should be challenged,” said the lawmaker.

Senators who voted in favor of the reelection, like Benedetti, could face legal problems for voting in an official in deliberate defiance of the constitution as the leftist opposition had already made clear the court’s decision was unconstitutional.

The same leftist opposition, which was alone in opposing the reelection, was expectedly happy with Ordoñez’ removal.

“Bye, @A_OrdonezM. You were not able to destroy the peace process not continue to violate human rights with impunity,” said Cepeda on the Democratic Pole party Twitter account.