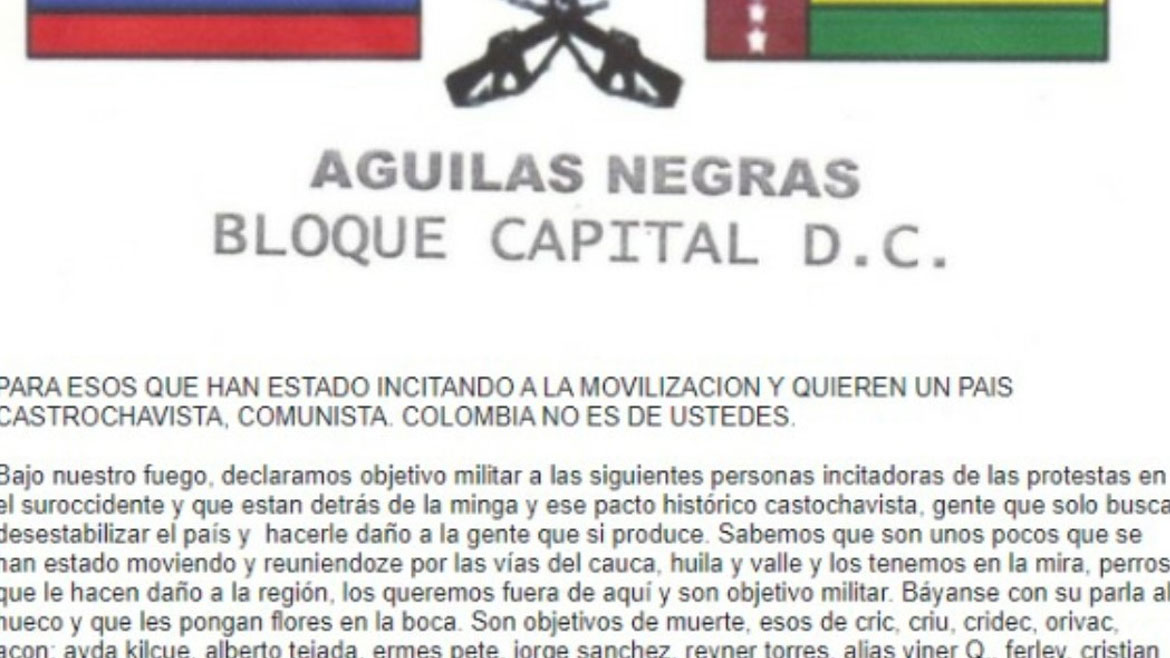 The organization of Colombia’s indigenous peoples on Tuesday urged the government to respond to an alleged increase in death threats against native peoples throughout the country.

According to the National Indigenous Organization of Colombia (ONIC), native Colombians from the provinces of Arauca, Casanare and Boyaca provinces were accused of “stealing and annoying” locals and threatened by dissidents of the now-defunct FARC guerrilla group.

In a pamphlet signed by the dissident 28th Front, the alleged guerrillas said they would “reactivate executions” if the native Colombians didn’t “evict indigenous camps” within 48 hours.

Native Colombians in the line of fire

The threats were issued against indigenous communities in the region where tensions between FARC dissidents and far-right paramilitaries have been building for months.

These statements and threats worsen the social exclusion that has been consolidating for more than 500 years and to which WAR has contributed dramatically, to the point of expelling us from our territories, plunging us into misery and stripping us of our culture.

According to the ONIC, the pamphlet appears shortly after threats by far-right group Aguilas Negras and the “Dagoberto Ramos Column” that was formed by FARC dissidents in the southwest of the country against indigenous authorities in the Cauca and the Valle del Cauca provinces.

FARC dissidents and other illegal armed groups in this part of Colombia have been vying for control over drug trafficking routes and coca fields planted inside indigenous reserves.

Following a 2016 peace deal between former President Juan Manuel Santos and the FARC, the native Colombians have stepped up efforts to ban drug traffickers from their territories.

The indigenous’ counternarcotics efforts has increased tensions, particularly after a surge in newly formed dissident guerrilla groups that seek to finance their rearmament with cocaine exports.

The Aguilas Negras, which has apparent ties to the security forces, has fiercely opposed native Colombians’ emancipation processes and efforts to retrieve dispossessed land.

During the peace process, illegal armed groups have assassinated dozens of indigenous leaders in southwest Colombia, particularly in Cauca.

All is peachy creamy, according to government 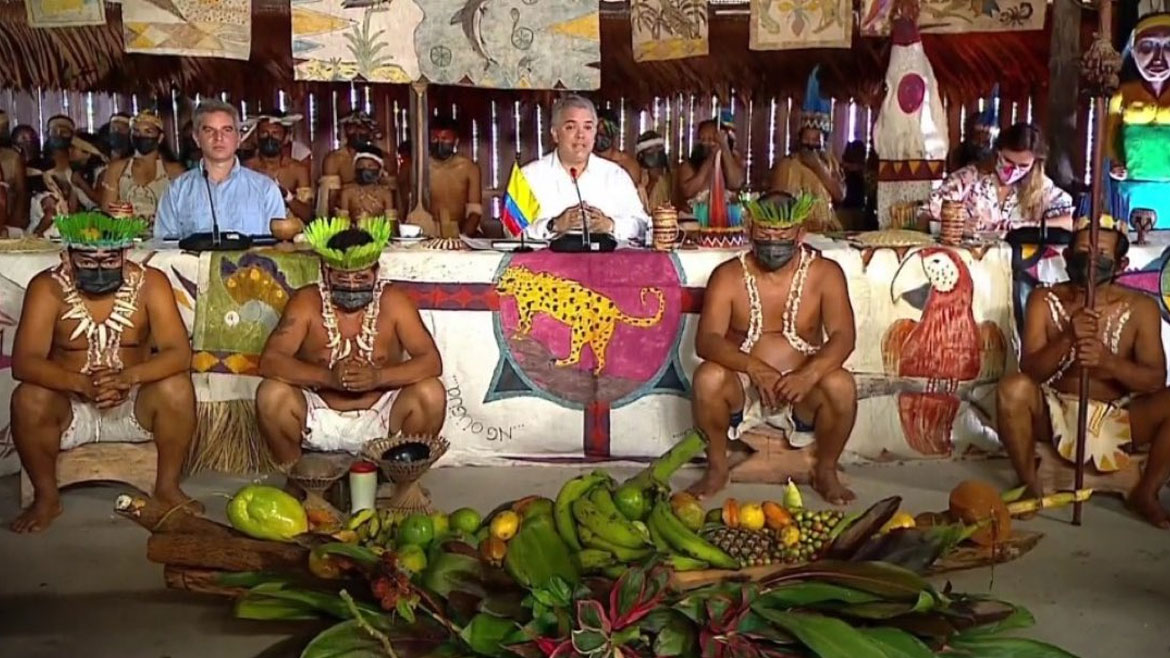 The native Colombians’ demand for action was ignored by the government of far-right President Ivan Duque, who refused to even meet with indigenous representatives until Tuesday.

The meeting turned out to be a PR disaster as the president used the native Colombians as decoration for a press conference to promote the government’s environmental policy.

The president’s blatant racism was rejected by indigenous organizations and government critics alike.

While ignoring the native Colombians’ cry for help, Duque’s website claimed that the president was “committed with indigenous communities” and “has invited the communities to work together in country-building” since taking office in 2018.

Native Colombian communities have suffered disproportionally from violence that has erupted as a consequence of Duque’s failure to comply with the peace process and an apparent crisis within Colombia’s security forces.