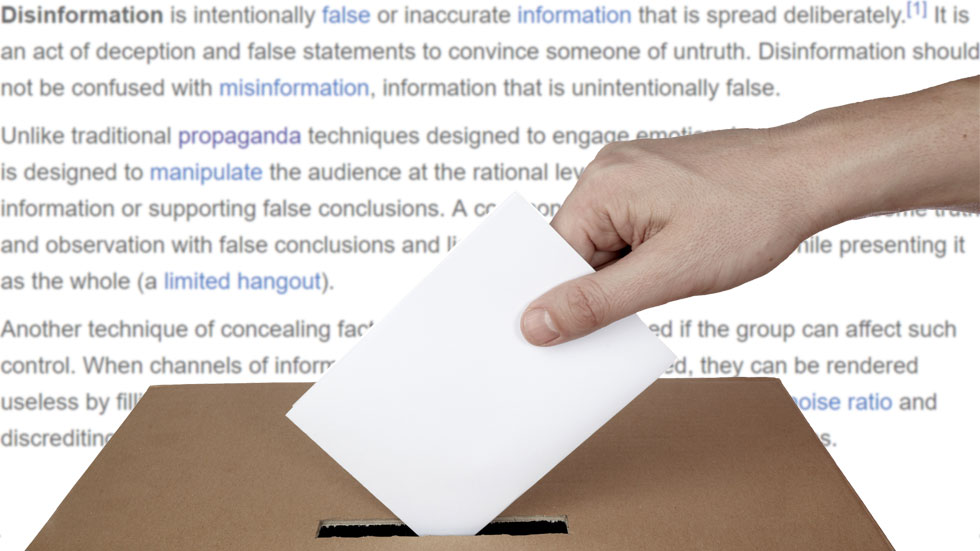 Colombia’s voters are bombarded with disinformation by rival campaigns ahead of a referendum on a controversial peace deal with leftist FARC rebels, possibly the country’s most important vote in decades.

The plebiscite in which Colombia will either ratify or reject a peace deal with the country’s largest and longest-running rebel group will be held on October 2, six days after President Juan Manuel Santos and FARC leader Rodrigo Londoño, a.k.a. “Timochenko,” formally sign peace.

The stakes for the country are enormous; the deal seeks to end 52 years of armed conflict that has left more than 265,000 dead, 45,000 “disappeared” and millions displaced.

But in the same way that Colombia’s war came with a major human cost, the price of the negotiated peace is also high.

The deal allows convicted war criminals to take public office without having spent one day in prison.

The stakes for the country’s political and economic elites, and illegal armed groups are also high.

Santos has bet his entire political legacy on the deal. His main opponent, former President Alvaro Uribe, is fighting to maintain some of the political power he once yielded as head of state.

Both men are politically responsible for mass human rights violations carried out under their watch and could be called to trial if a peace tribunal take force.

1/5th of Colombia at risk of fraud in FARC peace vote: Observers

In spite of the vote being so important for the future of the country, both campaigns and their supporters have embarked on major disinformation campaigns to make their cases.

The “Yes” campaign, spearheaded by Santos and managed by former President Cesar Gaviria (Liberal Party), has marketed the upcoming vote as a “vote for peace,” implying that a “No” vote would be against peace.

While it is true that a “Yes” vote would end a 52-year conflict and is a major step towards peace, it does not mean it will deliver peace. Other illegal armed groups involved in the conflict are still very active and will continue to be at war either with the state or with each other.

In addition, there are legitimate concerns that in some regions violence could briefly increase as the FARC’s abandonment of drug trafficking activities could lead to turf wars between rivals.

The “Yes” campaign, apart from inflating expectations, has flat-out lied about the consequences of the FARC deal for civil society and is understating the legal consequences for the many who have resorted to human rights violations.

Gaviria told newspaper El Tiempo on Friday that post-conflict transitional justice tribunals “will not be going after businessmen” accused of financing paramilitary death squads. This is false.

An unknown number of guerrillas, more than 24,000 state officials and dozens if not hundreds of businessmen will have to respond to war crime allegations.

Many businesses made financial contributions mainly to paramilitary groups. While the majority of these businesses were victim of extortion, others were intentionally supporting the designated terrorist groups.

The news caused consternation among business leaders as companies as huge as Coca-Cola were named to have been involved in “Paraeconomics.”

The “No” campaign, led by former President Alvaro Uribe, has taken its campaign well beyond the FARC deal, including accusations of political persecution and implicit threats Colombia is heading towards communism.

According to Uribe, the peace deal “equalizes” Colombia’s armed forces with terrorists as both the military and the guerrillas would have to respond for the tens of thousands of war crimes committed by both parties.

But according to the former president, “our armed forces, exemplary in their democratic spirit, are made equal with terrorism, submitted to a tribunal, convicted to accept crimes to avoid prison.”

While it is true that those military men responsible for, as one example, the more than 3,000 extrajudicial civilian killings that were carried our during Uribe’s presidency will be submitted to the transitional justice court, this would actually allow hundreds of convicted soldiers to leave prison and thousands could avoid prison, but only by telling the truth.

Additionally, the former president falsely has claimed that “the government has promoted a campaign against millions of farmers and ranchers, victims of narcoterrorism.”

While it is true that the government has promoted a justice system that could call to trial hundreds of ranchers and large land owners, it would be on charges that they allegedly financed designated terrorist groups, not for being a victim of them.

One of the ranchers in jail this very moment is Uribe’s brother Santiago, who is alleged to have led a paramilitary group that committed multiple homicides.

To add to his own pile of lies, Uribe accused Santos of “collectivizing the countryside” similar to communist methods of nationalization of private property.

The truth is that many large land owners and major companies may be forced to return land that was stolen from displaced farmers. Privately owned land could be forcibly seized for redistribution among victims, but only after it has been proven the land is unduly used for speculation rather than agriculture.

Uribe’s accusation that the peace deal will convert Colombia into a communist-like state similar to Cuba or Venezuela has fired up anti-communist fervor on social media where solidarity with the people of the leftist-run states is broad.

Uribe’s remarks that he and his allies are the victims of political persecution have also led to a series of disinformation and conspiracy theory campaigns that go as far as to claim that “special forces” will be formed to persecute those who oppose the FARC or the peace deal.

For months before the final agreements were published, the opposition spread rumors that demobilized FARC guerrillas would receive a generous $613 / month stipend during their reintegration until it was announced this would be $210, which is only 90% of the country’s minimum wage and considerably less than the 125% Uribe granted the paramilitaries when the AUC demobilized.

Consequently, while world leaders watch the developments in Colombia with careful optimism, the situation in the country is grim, people’s understanding of the peace deal and its implications is limited and expectations of what peace in Colombia would be like are low.