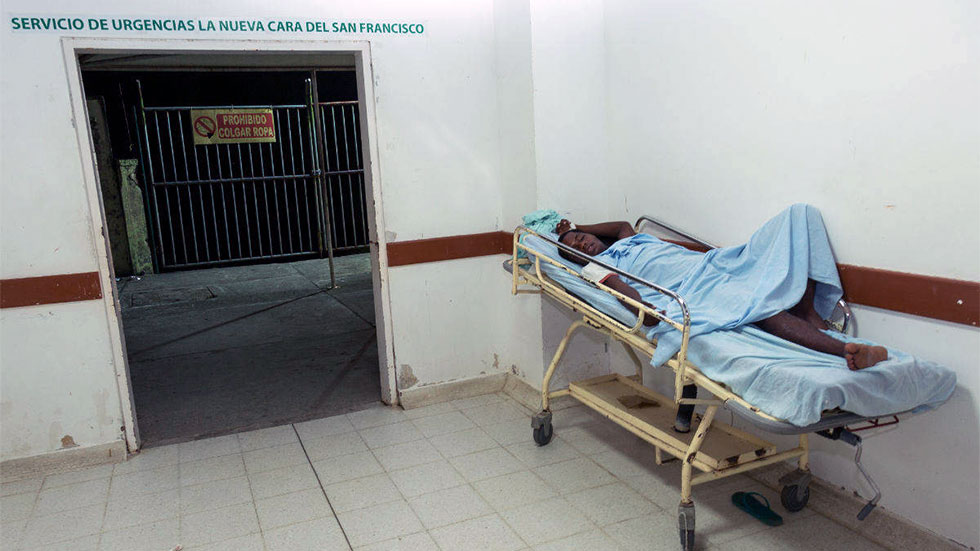 The newspaper reported that authorities have uncovered 18 networks of corruption across the country that led to 42 criminal cases.

More than 203 people public officials, contractors and other suspects have been arrested in relation to corruption that continues to wreck the country’s healthcare system, according to El Tiempo.

One of the most common form of fraud is the creation of ghost patients that to claim health payments for medicine that was never purchased.

In the northern Cordoba province alone, more than $30 million allegedly was embezzled by associates of the former governor.

How fake patients ended up bleeding healthcare in northern Colombia

In the western city of Buga in the Valle del Cauca province, bills and authorizations were falsified to the tune of over $1 million for claims involving traffic accidents that never happened and patients that never existed.

“The universal health coverage, which is the greatest social achievement in recent times, is being put at risk by real mafias that are entrenched in the system with patented procedures, methods and practices to appropriate the resources of the health system,” warned Prosecutor General Nestor Humberto Martinez.

The Prosecutor General’s office assembled a special investigative unit in August 2016 to target fraud within the health service.

Since then, the group has discovered a “modus operandi” with links to healthcare providers (EPS’s), hospitals (IPS) and local and regional governments.

Authorities discovered 18 ways in particular through which the embezzlement is taking place including the invention of patients, manipulation of medical records and fake hiring of employees.

The prosecutor claims that in some cases the money was filtered down to fund political campaigns and even illegal armed groups.

Corruption and embezzlement are not new developments within Colombia’s health system with a series of high profile scandals surfacing in recent years.

In addition to fraud the system of health is already overstretched, particularly along the border with Venezuela where hospitals are flooded by Venezuelan migrants without health insurance.