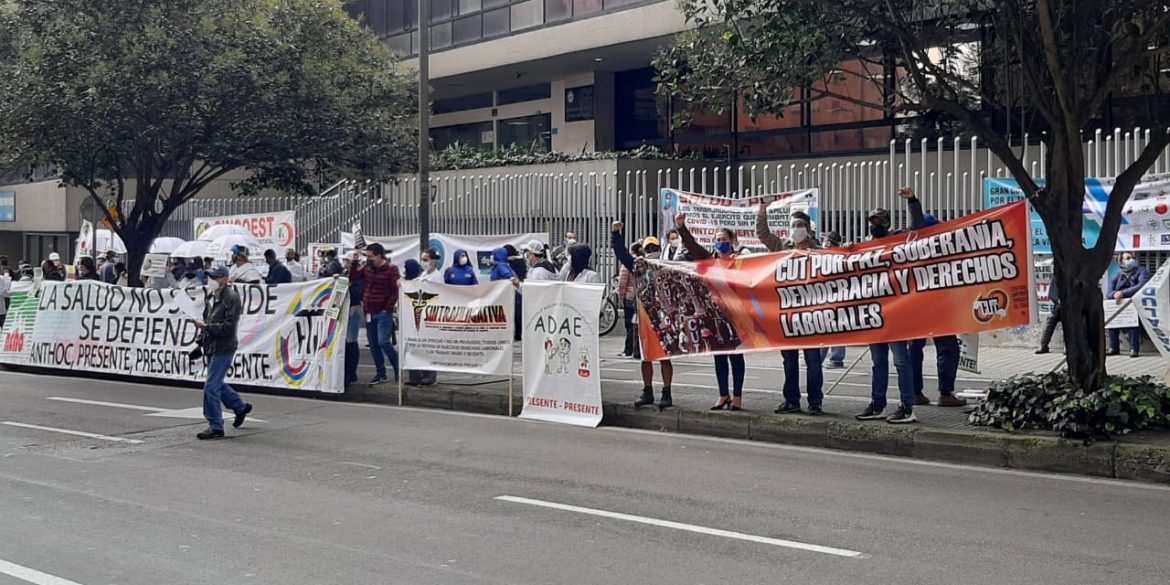 Health workers in Colombia’s capital Bogota took to the street on Thursday to demand an end to government neglect amid a surge in coronavirus infections and deaths among doctors and nurses.

According to the National Health Institute, 915 health workers have been infected and 12 have died amid persistent neglect since March 6 when the first coronavirus infection was confirmed.

According to the protesters, the high number of infected and dead health workers is due to the government’s failure to guarantee personal protection equipment.

Additionally, the health workers claimed many have not been paid in months, despite Health Minister Fernando Ruiz’s promise to make sure back payments would be taken care of.

The protesters’ concern was shared with the Bogota Citizen Watchdog and the Colombian Medical Federation (FMC).

In a press conference, the directors of the two organizations said that hospitals in the capital, which has the best-equipped healthcare system in Colombia, are short of personal protection equipment and in the cases of N-95 masks are sometimes charged 1000% of these masks’ market value.

Additionally, “we have received several complaints from throughout  the country about items with falsified stamps,” FMC president Sergio Isaza said.

According to the Bogota Medical College, some 30 health workers a day are infected.

The medical institution said on Twitter that seven health intermediaries, who Ruiz gave 24 hours to provide PPE’s earlier this month, have yet to provide masks and other equipment to protect medical personnel.

The growing number of infections and deaths are also increasing tensions between the government and health workers, whose organizations have lost confidence in the minister.

Health workers in several parts of the country have already resigned and, according to a recent poll by the FMC, 40% considered doing the same over the last week.

The minister did not respond to either the protests or the concerns of the civil and health organizations over the alleged persistent neglect in the response to the pandemic.