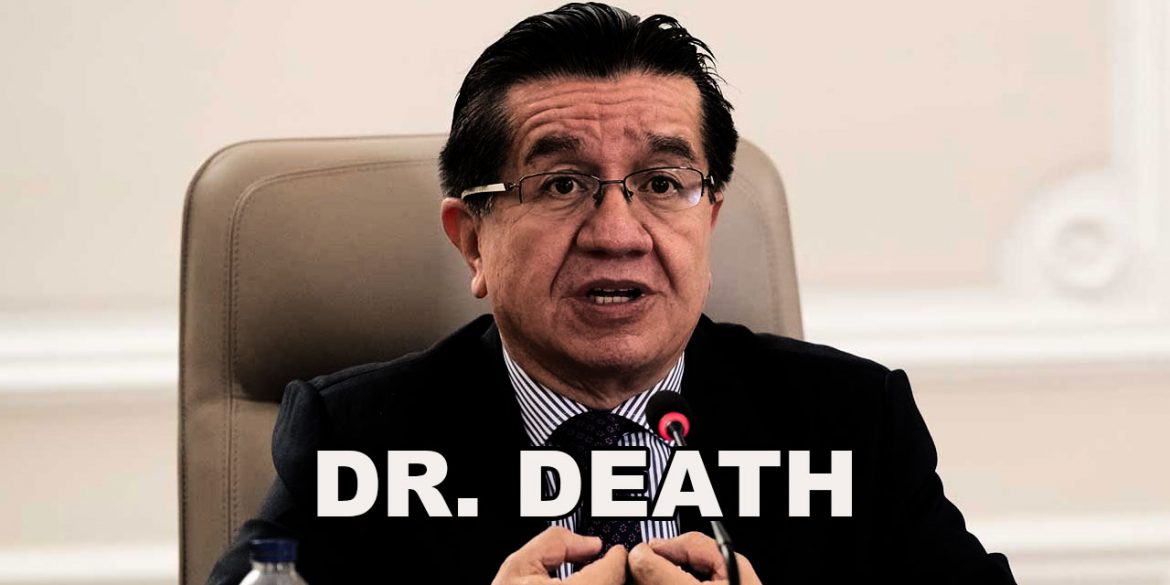 Colombia’s health minister said Sunday “the worst is still to come” of the coronavirus in the country’s largest cities, indicating he has no intention to do anything about it.

In an absurd interview with newspaper El Tiempo, fiercely criticized Health Minister Fernando Ruiz admitted not having expanded the country’s hospital capacity as promised and that the virus is now out of control. Notwithstanding, the minister showed no interest in regaining control and prevent unnecessary deaths.

I’m not going to applaud myself as long as there are families are mourning.

Colombia’s health community has long broken contact with Ruiz because of his lack of reliability and denial of scientific evidence, but the newspaper of President Ivan Duque’s financial patron allowed the health minister to talk freely.

The health minister took the opportunity to contradict renowned epidemiologists, discard the broadly recommended use of testing and deny evidence from European countries that a pandemic can be controlled to prevent a healthcare collapse, mass death and extended damage to the economy if managed correctly.

Ruiz warned that that “the worst is yet to come for Bogota, Medellin and Cali” where healthcare has saturated and is on the brink of collapse, ignoring medical advice to prevent this.

According to Ruiz, “there is a moment in epidemics when exponential growth makes them uncontrollable,” which is false according to 14 leading medical organizations that have repeatedly claimed a temporary second lockdown could help them regain control.

How many lives his refusal to consider a second lockdown costs, Ruiz didn’t check with the national statistics agency DANE, he told El Tiempo, “but it would be naive to think there would’t be an excess in mortality,” according to the Health Minister.

Colombia has been the number one country in the world in terms of deaths per million inhabitants since July 3rd.

Despite the health community and international media claiming the opposite, according to Ruiz “the strategy isn’t failing.”

“Failure would be an uncontrollable explosion,” said the health minister, which is exactly what is happening, according to the Colombian Medical Federation (FMC), partly because the Health Minister failed to provide personal protection equipment to medical personal.

The leading healthcare organization last week the situation is “out of control,” which was confirmed by surgeon Sergio Zuñiga, who said Thursday that “Colombia is losing the way and control of the pandemic,” citing statistics that COVID-19 related deaths had increase 273% the week before.

According to the Guardian, Colombia has reported the sixth highest number of deaths in the world over the past week, but also this is not an indication his response is failing for Ruiz.

Failing would be not being able to reopen the economy apparently as demanded by the government’s financial patrons.

“The gradual opening has sought to get out of the problem in a controlled way, protecting life above all,” said Ruiz, again ignoring the escalating number of deaths and the medical community’s claims the virus is spiraling out of control.