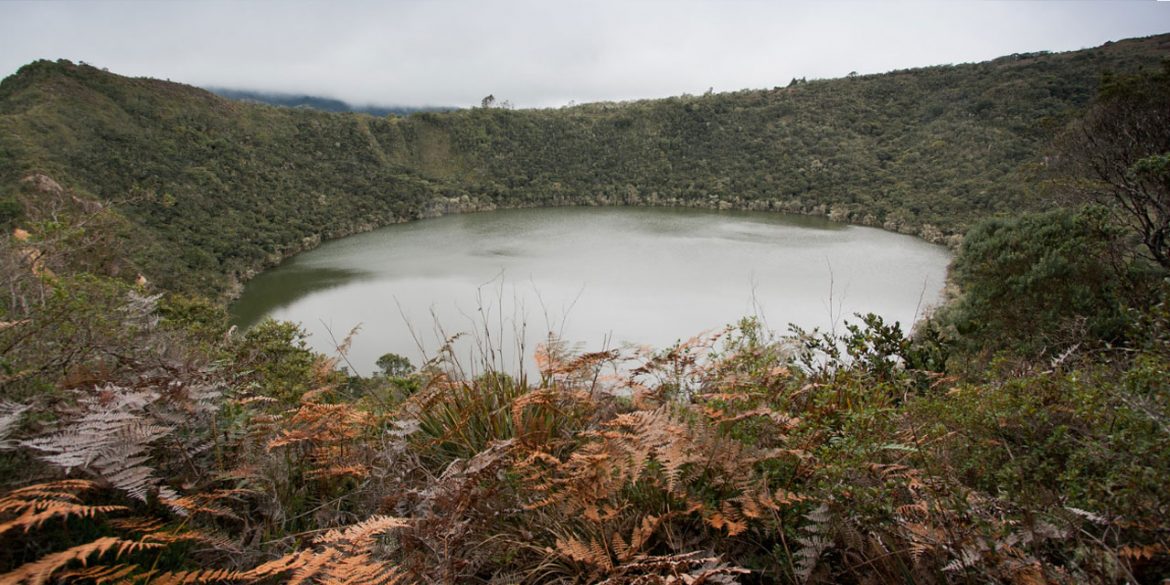 Colombia’s Guatavita Lake: how a suicide myth led to an endless gold rush

The Guatativa Lake became one of Colombia’s most historically significant sites after the alleged suicide of a heart-broken princess gave birth to the legend of El Dorado.

Spanish chronicles first mention what would later become the legend approximately a decade after Christopher Columbus first set foot in the Americas.

According to chronicler Francisco Lopez, the quests for El Dorado began in Panama after the son of a native American tribal leader told subordinates of conquistador Vasco Nuñez who were fighting over gold about a place in the mountains that was so full of the precious metal that “you will get fed up with it.”

If I knew, Christians, that you would fight over my gold, I would not have given it to you, because I am a friend of peace and harmony. I marvel at your blindness and madness, that you destroy well carved jewels by turning them into sticks, and that, while being friends, you vilely quarrel for something petty. It would be better for you to be in your own land, which is so far from here and where there are such wise and sophisticated people as you affirm, than to come and quarrel in the land of other people, where we, the brash and barbaric men as you call us, live happily. But if you have so much desire for gold, that you dishonor and even kill those who have it, I will show you a land where you will get fed up with it.

It is believed that the son of the tribal leader, Panquiaco, referred to the high plains around what is now Bogota, but it may as well have been an attempt to get rid of the pesky Spaniards.

What followed was one of the most brutal gold rushes in the history of the world that in 1537 led the conquistadors to Lake Guatativa, the holiest site of the Muisca people.

The Golden One was the nephew of the leader of the Muisca people, who was adorned in gold powder and laden with treasures for a tribute to the gods believed to live in Lake Guatavita.

The origin of El Dorado

This tradition stemmed from a Muisca myth of a leader whose wife committed suicide by drowning herself in the lake.

According to this myth, Muisca leader Sua was married to a beautiful princess from a different tribe with whom he had a child.

Sua, however, was not only a very busy governor, he also loved getting drunk and spending time with his mistresses.

Bored out of her skull, Sua’s wife began an affair with one of the leading warriors of the tribe until her husband found out.

Sua killed the warrior and ordered a feast in the honor of his wife during which he offered her what he said was the heart of a deer.

Having finished her plate, Sua and other elders burst out in laughter and told the princess she had just eaten the heart of her lover.

Understandably upset, the princess fled the party, took her child and killed both herself and her daughter by walking into to the lake until they drowned. 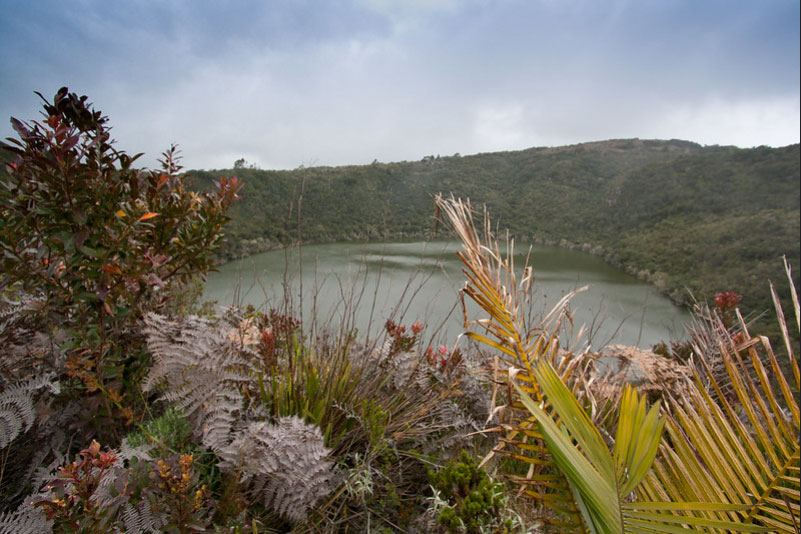 Over time, the princess became the goddess Bachue, who regularly would appear from the misty waters with her child in her arms. 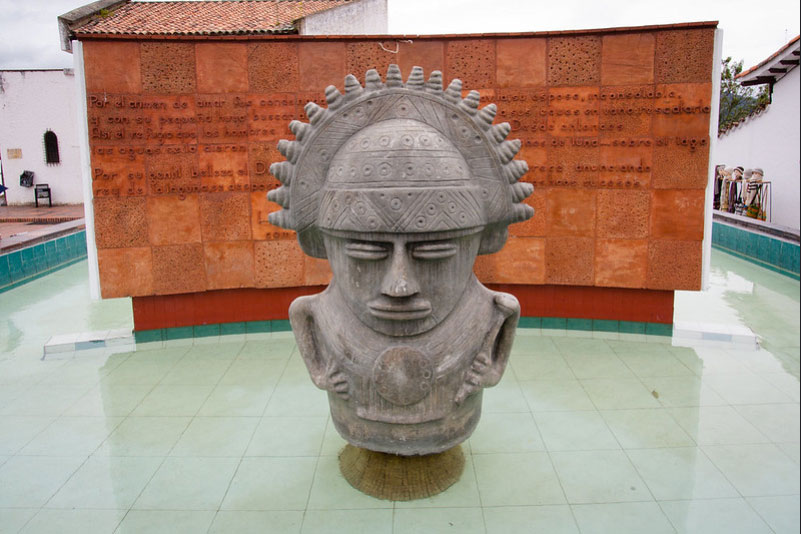 A statue of the goddess Bachue. (Image: The Colombian Way)

The Spanish get a clue

When the Spanish arrived in the area around Lake Guatavita in 1537, Bachue had become the mother goddess of the Muisca and was just one of multiple gods living in the lake.

According to chronicler Juan Rodriguez, the conquistadors discovered that El Dorado in the region referred to the Muisca crowning ritual during which the heir would pay tribute to the gods by offering his people’s riches to the gods in the lake.

In that lagoon of Guatavita a great raft of reed was made, adorned all the most showy that they could… They stripped the heir naked, anointed him with a sticky mud and sprinkled him with powdered and ground gold, in such a way that he would enter the raft entirely covered with this metal… The golden indian made his offering by throwing all the gold and emeralds that he carried in the middle of the lagoon, and the four chiefs that went with him did the same; and leaving the raft to land the feast began.

The claim that the Muisca had been throwing gold and other treasures in the lake for generations triggered a gold rush that lasted until 1912.

The first to dive in the lake in an attempt to retrieve the gold was Hernan Perez, one of the first conquistadors in the region, but without much luck as much of the gold would lie at least 125 meters under water. 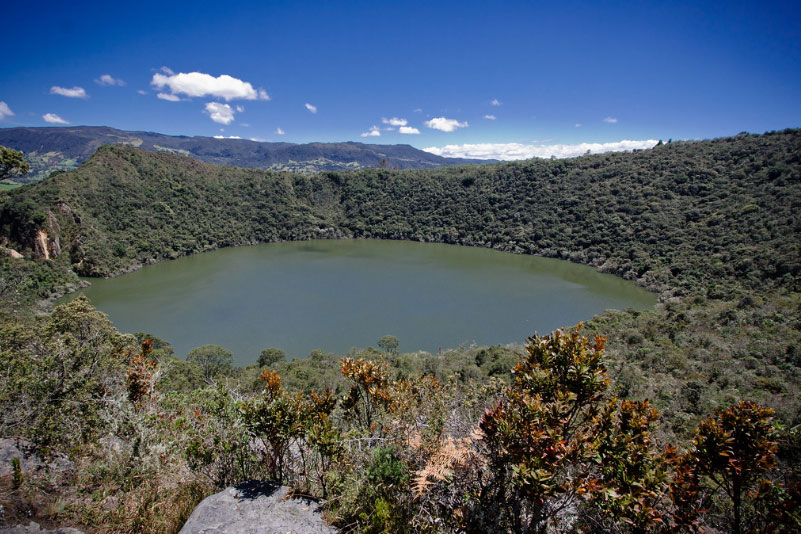 A second attempt was made in 1652 when Bogota merchant Antonio Sepulveda received the approval of King Philip II and put 5,000 native Colombians to work in an attempt to drain the lake by digging a discharge canal.

Sepulveda was able to lower the water level 20 meters when the canal collapsed and the project was halted. The merchant walked away with an emerald and some pots, but no golden treasures. 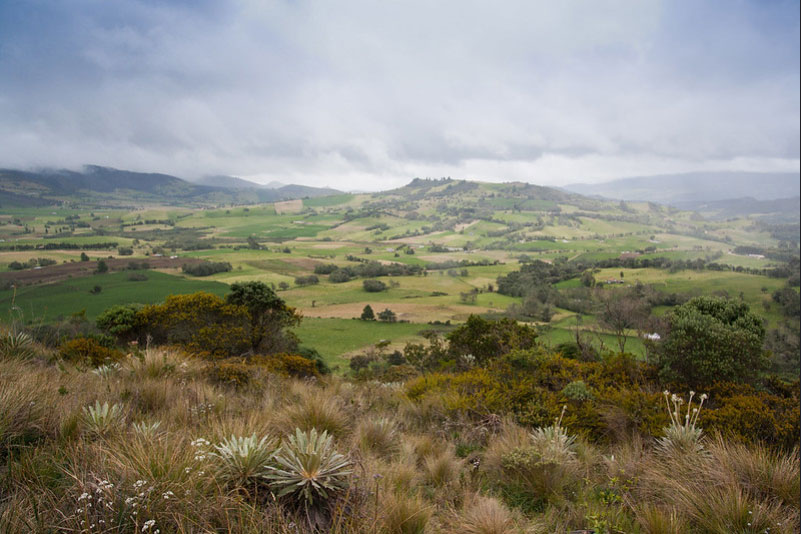 Wa;ling away from Lake Guatavita (Image: The Colombian Way)

English and German adventurers would follow, but also had no luck reaching the alleged treasure at the bottom of the lake.

The last unsuccessful attempt to drain Lake Guatavita was in 1912.

If the Spanish chronicler was right and the locals had been throwing treasures into the middle of the lake, they are still there.