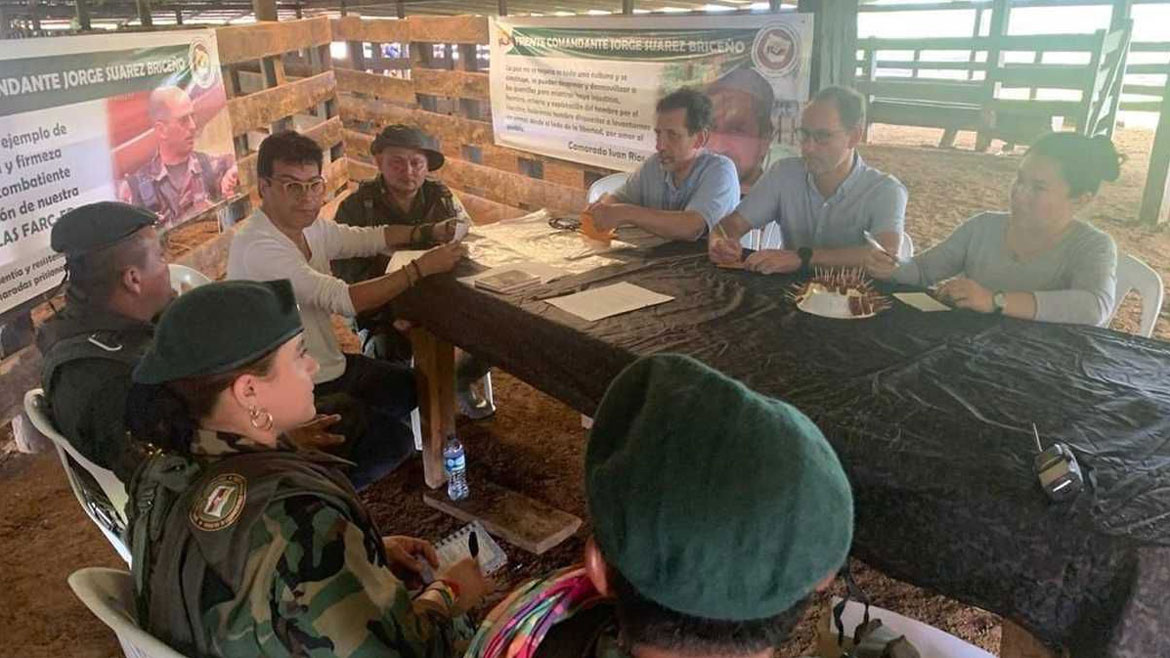 The meeting between Peace Commissioner Danilo Rueda and leaders of the FARC’s dissident “Southeastern Bloc” met in an undisclosed location in the Caqueta province.

Rueda was being accompanied by Dag Nagoda of the Norwegian Embassy to Bogota and UN representative Raul Rosende.

We believe that, like never before, the conditions are being created to forever leave behind decades of brotherly violence.

During the meeting, the peace commissioner informed the guerrilla representatives of President Gustavo Petro’s “Total Peace” proposal, which seeks the demobilization of all Colombia’s illegal armed groups.

The guerrilla representatives informed the government and the foreign representatives of their demands to take part in any peace process and exposed their reservations to Petro’s plans.

The representatives of the FARC dissidents additionally said that a decision to engage in peace talks would have to first be discussed with all guerrilla units.

Mordisco and his guerrilla associates refused to take part in a 2016 peace deal between the FARC and the government of former President Juan Manuel Santos.

Their dissident organization has grown significantly during the ongoing peace process, especially after they were joined by rearmed guerrillas from southwest Colombia.

The Southeastern Bloc and their allies from the CCO control much of the territories that were abandoned by the FARC as part of the peace process in 2017.

The dissidents are also accused of having assassinated more than half of the 340 former guerrillas who took part in the FARC’s reintegration program.