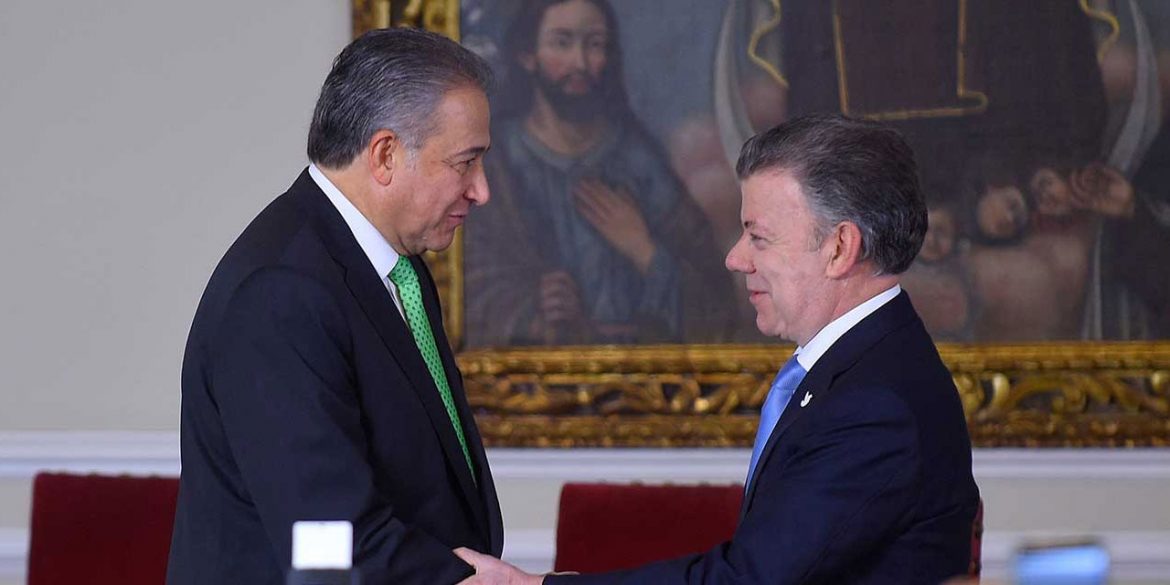 The latest accusation was made by Alex Cifuentes, the former right-hand man of Mexican drug kingpin “El Chapo” and the uncle of former President Alvaro Uribe’s niece and nephew.

Cifuentes, the youngest sibling of the Cifuentes crime family, said he paid Naranjo a monthly stipend to protect his family after Uribe named him director of the National Police in 2007.

Naranjo denied the allegations and said “I was responsible for leading the inter-institutional and international operation against the Cifuentes Villa clan.”

Dolly Cifuentes, who had two children with Uribe’s late brother Jaime Alberto, was arrested in 2010 at the request of US authorities when Naranjo was leading Colombia’s police.

The youngest of the Cifuentes siblings was arrested in Mexico in 2014, having fled the country after the assassination of his brother Francisco a month before Naranjo was named director of the National Police.

According to US authorities, the Cifuentes family had been trafficking drugs since the 1980s when Francisco was one of the pilots of late drug lord Pablo Escobar.

But in Colombia, the four siblings have always remained out of sight of authorities, using their cattle business and a number of frontmen to conceal their drug trafficking activities.

Cifuentes’ claim not the first

Cifuentes is the fifth person to accuse Naranjo of ties to drug traffickers, in particular the Norte del Valle Cartel and paramilitary group AUC that became prominent players in international cocaine trafficking after the demise of the Medellin Cartel and the Cali Cartel in the 1990s.

Naranjo’s brother Juan David was arrested on drug trafficking charges and sentenced to prison in Germany in 2006.

Despite the repeated corruption claims and a brief criminal investigation in 2004, the United States’ Drug Enforcement Administration named Naranjo an honorary special agent and the Royal Canadian Mounted Police named him the “world’s best policeman” in 2010.