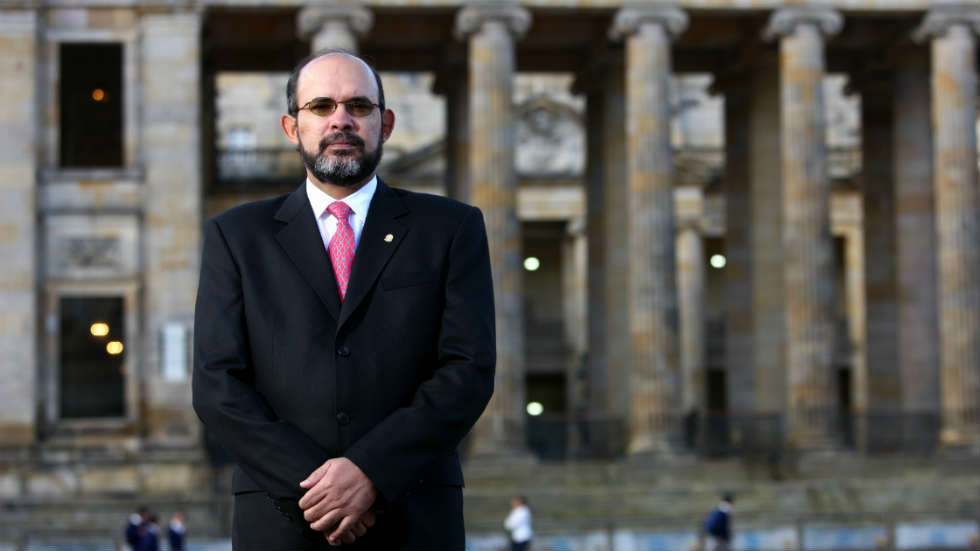 The former chief justice of Colombia’s Supreme Court was arrested Wednesday for his alleged role in a corruption scandal that has the country’s judicial system shaken to its foundations.

Justice Francisco Ricaurte is one of four (former) Supreme Court justices accused of having accepted bribes to favor allegedly corrupt congressmen, some with ties to paramilitary groups.

According to Prosecutor General Nestor Humberto Martinez, Ricaurte was arrested on four charges of corruption.

Last night’s capture of the former president of the Supreme Court of Justice, Francisco Ricaurte, means the fall of one of the symbols of judicial clientelism that has battered the dignity of justice so much.

Ricaurte would have accepted bribes from Martinez’ hand-picked anti-corruption chief, Gustavo Moreno, who was arrested in June after pressure by the United States’ Drug Enforcement Administration.

The arrest resulted in a snowball effect that has put the very system in an unprecedented situation.

Above all, he was the visible head of the group of judges who took power in the justice system at the tip of “I choose you, you choose me.”

Never before in the history of the Supreme Court has one of its justices been jailed, reported newspaper El Tiempo.

The newspaper reported that Ricaurte’s attorney, Alvaro Luna, has denied the charges.

Political system hit in the heart