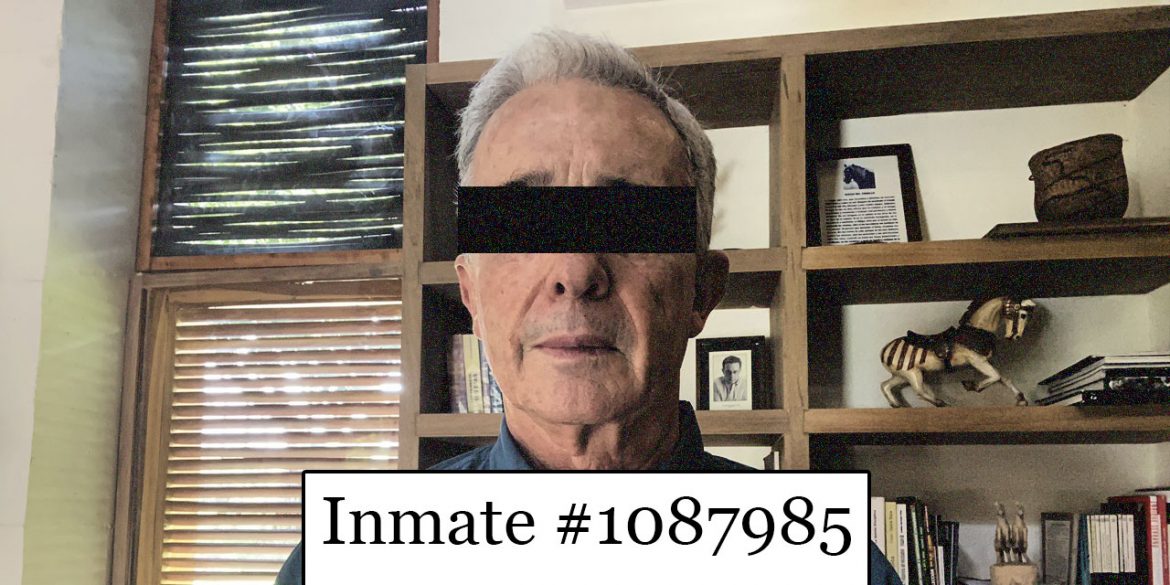 Colombia’s former president Alvaro Uribe said Wednesday he has been assigned his own inmate number after being placed under house arrest for allegedly tampering witnesses.

In his first tweet in almost a week, Uribe claimed he had been assigned inmate number #1087985 “for confronting testimonies brought against me by [demobilized guerrilla group] FARC, its new generation and its allies.”

The Supreme Court placed Uribe under house arrest last week after formally charging the former president with fraud and bribery.

According to the court, evidence indicates that the former president bribed witnesses initially to file false charges against opposition Senator Ivan Cepeda in 2014 and again in 2018 after the Supreme Court ordered to investigate Uribe.

The former president’s defense said Tuesday that it would not challenge the house arrest, claiming that this would “facilitate its legitimacy.”

Uribe and his brother Santiago have been sinking deeper and deeper into legal trouble over their alleged involvement in the formation of death squads in the 1990s’s and alleged attempt to subsequently cover this up.

The former president’s claim he is the victim of a conspiracy by the “FARC, its new generation and its allies” is the latest in a series of baseless conspiracy theories.

The former president initially filed criminal charges against Cepeda falsely claiming to be the victim of a conspiracy between the opposition lawmaker and former member of the Bloque Metro, the paramilitary group the Uribe family allegedly founded with convicted drug traffickers.

After the Supreme Court found evidence these charges were bogus and the former president was forced to defend himself against fraud and bribery charges, Uribe claimed to be the victim of conspiracies by the Supreme Court, the former chief prosecutor and several congressmen.

This strategy failed too and the court placed the former president under house arrest while proceeding with the investigation into Uribe’s alleged fraud and bribery practices.