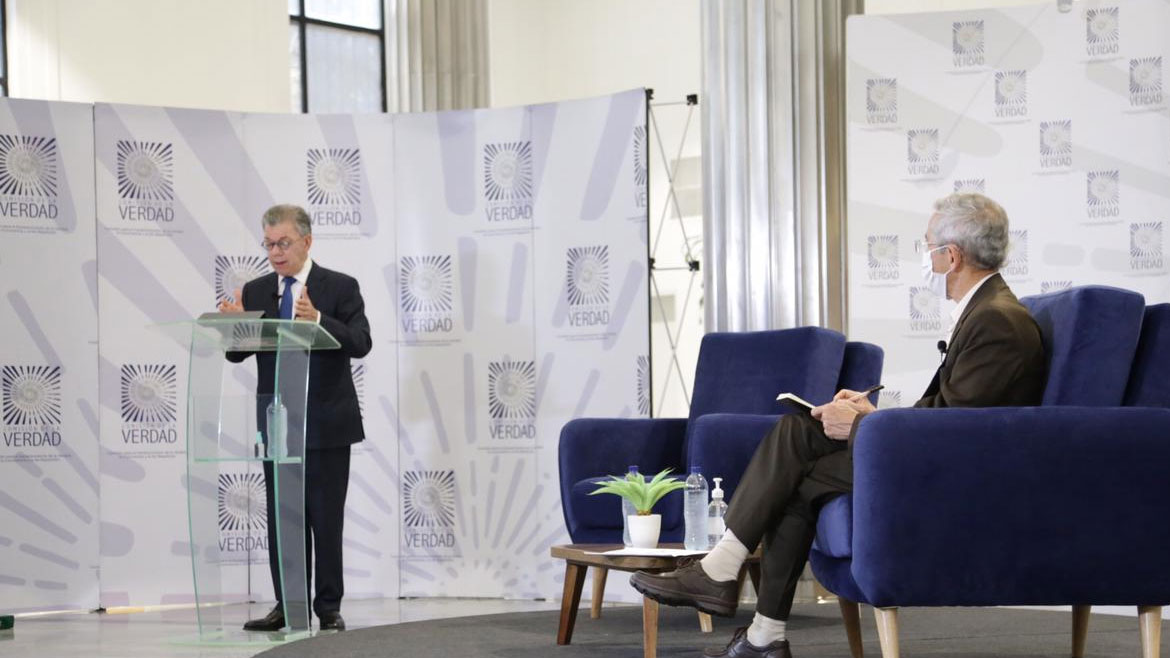 Colombia’s former President Juan Manuel Santos on Friday asked forgiveness for the mass killing of civilians by the military when the Nobel Peace prize laureate was defense minister.

In a hearing by the Truth Commission, the former president admitted that the military under his command assassinated “young people who should be alive today. This should never have happened. I acknowledge this.”

I apologize to all the mothers and families who were victims of this horror from the depths of my soul. May this never happen again.

Santos was the defense minister of former President Alvaro Uribe between 2007 when the mass executions of innocent civilians peaked and the former president dismissed reports on the killings as attempts to discredit the security forces.

The former president was forced to take action in 2008 when international press exposed evidence that was impossible to deny.

The former president won a Nobel Peace Prize for a 2016 peace agreements with now-defunct FARC guerrillas, but is “left with the remorse, the deep regret, that during my ministry many, many mothers, including those of Soacha, lost their children to this ruthless practice,” said Santos.

The former president said that he tried to put an end to the mass killing of civilians while in office as defense minister, which caused tensions with Uribe.

Truth Commission President Francisco de Roux told press that he hoped that Santos’ predecessor would also appear before the commission and ask forgiveness.

I do hope that former President Uribe apologizes for what happened in his government with the false positives, but that is his business. We cannot force anyone, we are not judges.

Uribe has categorically downplayed the mass executions though and has fiercely opposed the peace process with the FARC of which the truth Commission and the JEP are part.

The former president is already being investigated for his alleged complicity in two paramilitary massacres, a homicide, witness tampering and election fraud to rig the 2018 elections in favor of President Ivan Duque.