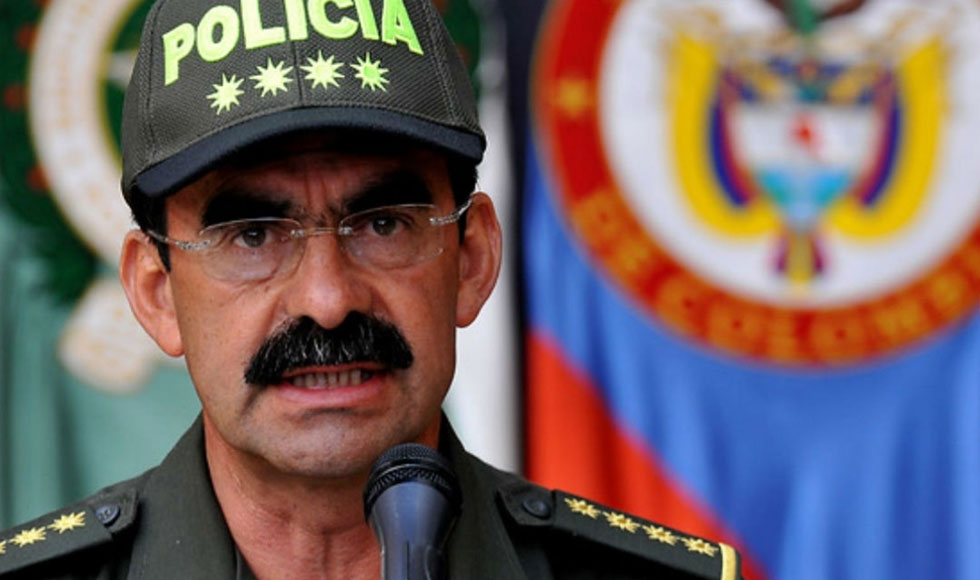 Colombia’s former chief of the National Police will be charged for corruption after he allegedly tried to prevent the arrest of associates during an embezzlement investigation, according to the country’s prosecution.

The corruption charges are not the first facing former National Police Director Rodolfo Palomino (2012-2016), who has been under investigation since last year over a series of sex crimes, corruption and the abuse of power.

Prosecutor Fabio Espitia announced the criminal investigation, but told reporters “I can not mention the events.”

Anonymous sources consulted by newspaper El Espectador could elaborate and said that “in 2014, when he was Police director, he tried to impede justice from carrying out orders” to arrest former directors of the now-extinct Cordoba Ranchers’ Fund.

This ranchers’ association forcibly displaced small farmers with the help of paramilitary death squads in order to allow large-scale agriculture in the northern province.

“Apparently, General Palomino made a number of phone calls that would have impeded the arrest of some of the culprits who were wanted for arrest,” one anonymous prosecution source told the newspaper.

While less juicy than the gay sex scandal Palomino found himself embroiled in, the most recent charges are related to war crimes committed by state-loyal paramilitary groups in Colombia’s 53-year armed conflict.

According to the prosecution, the forced displacement practices carried out by the ranchers, their paramilitary allies and corrupt government officials left 170 farmers landless and displaced.

In total, some 8 million Colombians were displaced in the armed conflict, in many cases because companies or large land owners wanted to expand their businesses.

The practice became so common that 15% of Colombia’s national territory illegally changed owner, either because the original owners were assassinated or fled under the pressure of war.