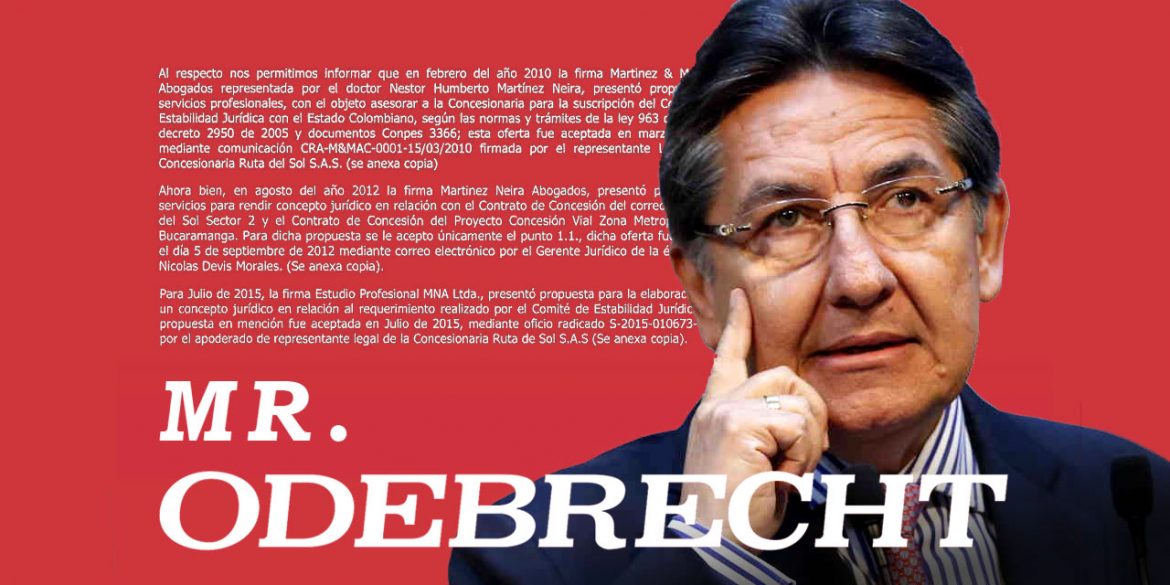 Days after the US embassy called Colombia’s former chief prosecutor a “great patriot,” a special prosecutor is reportedly close to asking congress to consider a criminal investigation against him.

According to Blu Radio, Martinez and the prosecution are close to further embarrassment by a pending report of the special prosecutor who has been investigating government corruption.

Special Prosecutor Leonardo Espinosa will reportedly ask Congress to consider opening a criminal investigation into possible corruption and obstruction of justice by Martinez in relation to the Odebrecht bribery scandal.

Multiple of Martinez’ subordinates could also face criminal charges because of irregularities found in the criminal investigations against businessmen allegedly involved in the bribery scandal.

The possible criminal conduct of the former Prosecutor General and the prosecutors working for him were found in only a few of the investigations that were removed from the prosecution because of Martinez’ conflict of interest.

The majority of the investigations related to the international corruption scandal still lie with the prosecution.

Martinez’ former employer, banking conglomerate Grupo Aval, is investigated by the US Department of Justice over its established involvement in the bribery of government officials.

Whether the special prosecutor’s report will effectively lead to a criminal investigation of Martinez is unforeseeable.

Multiple political parties, President Ivan Duque and the son of Colombia’s richest man have been implicated in the Odebrecht scandal that has sunk public confidence in the country’s justice system.