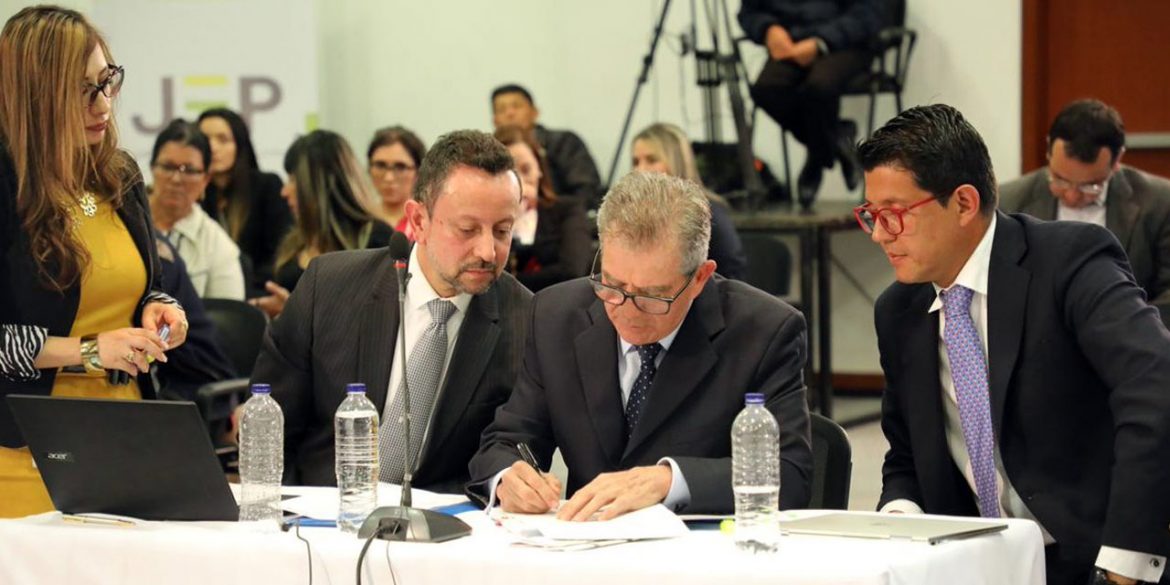 Colombia’s former army commander stopped his resistance against the country’s war crimes tribunal on Wednesday and agreed to tell the truth about a series of crimes against humanity.

Retired General Mario Montoya was supposed to sign off on his submission to the war crimes tribunal a month after he refused to, claiming he was innocent of any criminal activity.

Some of the victims of crimes committed on Montoya’s watch walked out of Wednesday’s ceremony out of protest, claiming that the transitional justice court “prioritizes the perpetrator” of war crimes.

The man who commanded the National Army during the heydays of the US-funded “Plan Colombia” could face 40 years in prison over his alleged responsibility in the execution of thousands of civilians, and his alleged ties to paramilitary death squads and crime lord “Don Berna.”

The court reportedly took 38 minutes to read out the names of the people who claim to have been a victim of the man who, according to former President Alvaro Uribe, “is surrounded by millions of grateful citizens.”

The court dismissed the objections of Montoya’s defense attorneys, who had claimed that Montoya bore no responsibility for any of the crimes he has been accused.

If the court agrees to include Montoya, he will be allowed to leave jail and await trial in freedom, but on the condition he gives full disclosure over his alleged responsibility in war crimes and repairs his victims.