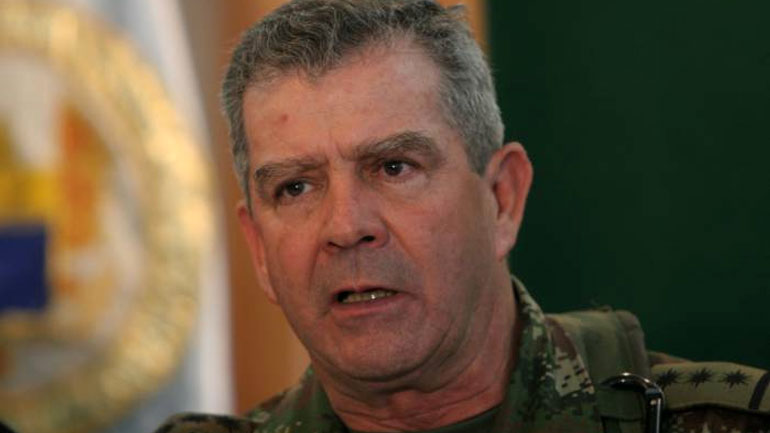 Colombia’s former Armed Forces commander, retired General Mario Montoya, was interrogated for hours on Monday over his alleged ties to right-wing paramilitary forces and the killing of civilians.

Montoya was ordered to appear early Monday morning to respond before the Supreme Court over the 2002 disappearance of dozens of civilians, allegedly at the hand of members of the military under Montoya’s direct command in conjunction with paramilitary forces led by now-extradited former warlord “Don Berna.”

Also at the court were dozens of Medellin residents, friends and family members of locals who disappeared during and after “Operation Orion,” and urban military offensive that sought to expel leftist militias from Colombia’s second largest city.

Operation Orion was originally praised by former President Alvaro Uribe as one of the most successful military operations to date, but fell in disgrace after locals began testifying about disappearing neighbors.

Just a few weeks ago, 13 years after the operation, prosecution officials began excavating a landfill next to the 13th District where paramilitary commanders and fighters have said the bodies of the disappeared locals were buried.

After more than a decade of doing nothing but dump rubble over the locals’ final resting place, the Medellin Mayor’s Office and the local prosecution decided in February to begin the procedure that would lead to the excavation of the site and the possible exhumation of the missing people believed to be buried under three stories of garbage.

Prosecutors begun investigating Montoya and former Police commander General Leonardo Gallego over their alleged collaboration with the paramilitaries who have since maintained control over the western neighborhoods, now under the name of “Los Urabeños.”

The former Armed Forces commander is just one of 22 generals under investigation for civilian killings that cost the lives of at least 4,500 Colombians.

Montoya has consistently denied involvement in the kidnapping and killing of civilians.