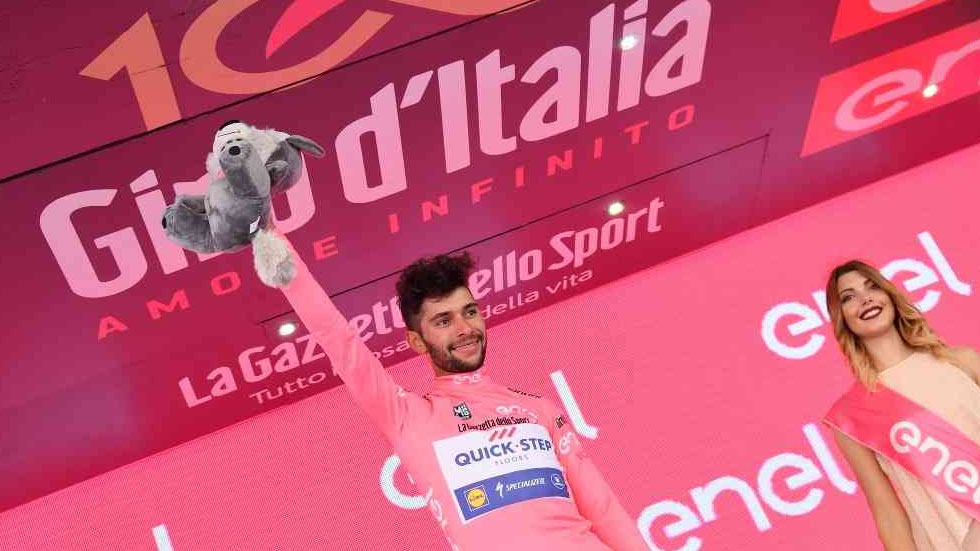 Colombia cyclist Fernando Gaviria on Sunday took the lead in the Giro d’Italia, one of the world’s most prestigious cycling races, following an impressive victory in the third stage.

Gaviria is one of Colombia’s up-and-coming cycling stars, following in the slipstream of already highly successful cyclists like Nairo Quintana or Rigoberto Uran.

Sunday’s victory in Cagliari again put him in the international spotlight with a bang, confirming Colombia’s growing prominence in cycling, traditionally dominated by European riders.

Last year, the 22-year-old from the town of La Ceja, Antioquia, surprised by winning Paris-Tours, one of the so-called “classics” among cycling races.

On Sunday, Gaviria proved not be be one of cycling’s one-hit-wonders, but a Colombian with a powerful pair of legs to be reckoned with.

The 148-kilometer stage from Tortoli to Cagliari was a tough one, with heavy winds making it difficult for any team to successfully set up an early attack.

Nevertheless, Gaviria’s Quickstep team did successfully lead an attack some 10 kilometers ahead of the finish, propelling Gaviria into a lead squad of six.

With only dozens of meters ahead of the finish, Gaviria surprised his competitors with an explosive sprint, his specialty, that allowed him to first pass the finish line.

The 22-year-old’s victory allowed him to overtake Germany’s Selig Ruediger, who had taken the lead in the general classification in Saturday’s second round.

However, without nine second ahead of his primary competitor and with 34 riders within less than half a minute of Gaviria in the general classification, Colombia’s latest cycling sensation is going to have to work hard in the remaining 18 stages.

The only Colombian to have have won Italy’s most prestigious cycling even was Nairo Quintana in 2014.

Quintana, who has explicitly said he aims to win this year’s Tour de France, arguably the most important cycling race in the world, is also in Italy, and only 17 seconds behind Gaviria.