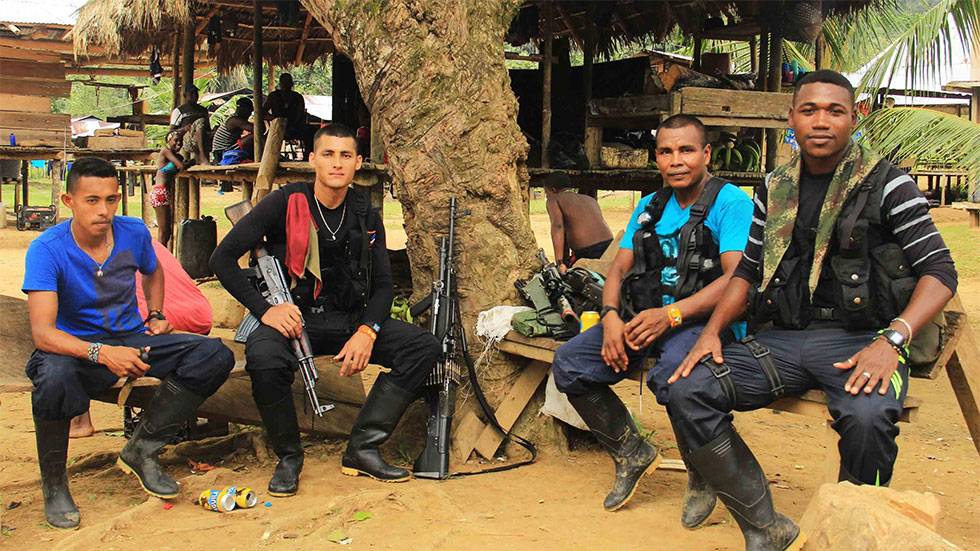 Colombia’s Marxist FARC rebels are on the move one final time, traveling by boat, road and on foot across jungle and mountains to demobilization camps, as part of a deal to end more than 50 years of war, guerrillas and the government said.

Just under 4,400 Revolutionary Armed Forces of Colombia (FARC) fighters are currently making their way to more than two dozen rural camps scattered around the country, accompanied by officials from the United Nations and the government.

The remainder of an estimated 6,000 to 7,000 FARC fighters are already at or near the demobilization sites, where U.N. personnel are responsible for collecting weapons from the guerrillas.

U.N. officials are also assisting Colombian authorities with special justice proceedings against rebels accused of crimes against humanity, as well as reintegration and victim reparation efforts..

“They set out this weekend, guns over their shoulders, ready to trade for a life lived in legality, in democracy, a different life that will contribute to building peace,” the government’s peace commission said in a statement on Monday.

The group’s demobilization will mark an end to more than 52 years of bloodshed in the Andean nation by the FARC. Founded in 1964 to fight for rural reform and income equality, the rebels once had a presence in nearly half of Colombia’s territory.

The FARC, which decries state and paramilitary violence against the poor and minorities, was once notorious for high-profile kidnappings and fierce ambushes of government troops.

The conflict between the government troops, rebel groups and paramilitaries has killed more than 220,000 people.

A spokesman for the FARC’s Southern Front unit shared photos with journalists of dozens of rebels boarding motorized river canoes on their way to the camps.

“From the day it was signed, we’ve held up our part of the deal and we will continue to do so,” the Southern Front said in a statement that accompanied the photos.

The rebels and government of President Juan Manuel Santos hammered out a more than 300-page peace deal over nearly four years of negotiations in Havana, Cuba.

The original deal was rejected by voters in a referendum in October 2016, but a revised version was passed by Congress late last year.

The U.N., government and rebels are working together to build infrastructure in the camps, including housing, medical facilities and sanitation.