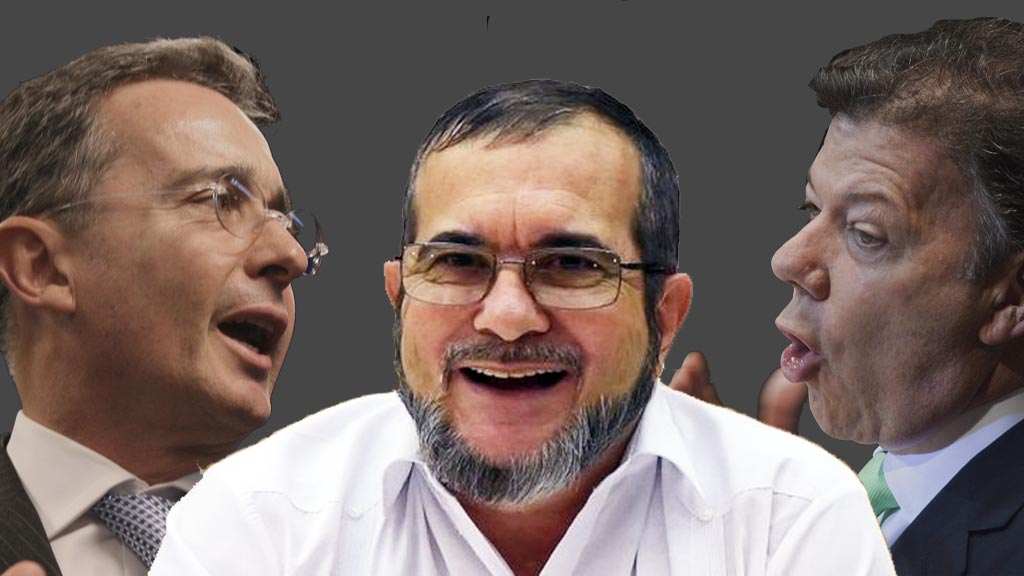 Uribe has been a staunch opponent of the talks and recently called for civil resistance against a future peace deal with the rebels, he has accused of killing his father.

Santos, Uribe’s former defense minister, has long tried to evade a direct confrontation with his former superior, who can still count on considerable public support.

But at a conference in Bogota, Santos slew his former superior with the harshest tirade of personal insults in the five-year history of political rivalry.

“In my government, no one is imprisoned for having bought the reelection,” the president said referring to the 2004 bribery of Congress to allow Uribe’s 2006 reelection.

Santos then broadened his attack by reminding Uribe of the criminal investigations against the former president’s sons for alleged corruption and tax evasion, and his brother for allegedly forming a paramilitary death squad.

“In my government, the presidential family — and I say this with pride — does not have a single stain, neither do my sons nor my brothers. My government plays clean.”

Paradoxically, while Santos resorted to hurling accusations, FARC commander-in-chief “Timochenko” responded to Uribe in his most polite form ever, inviting the former president to enter the debate and reminding him that “peace is a collective construction.”

“President Uribe, we are ready to speak calmly with you about the future of our nation. In Havana, or in whatever place in Colombia you prefer… Let’s discuss your call for national resistance to peace.”

In the letter, Timochenko also pointed out that during Uribe’s eight years as president, he had the opportunity to work for peace, but instead those were the years of the most intense confrontation in national history.

The Santos administration has been holding peace talks with the 51-year-old FARC since late 2012 in an attempt to end half a century of violence that has left seven million victims.