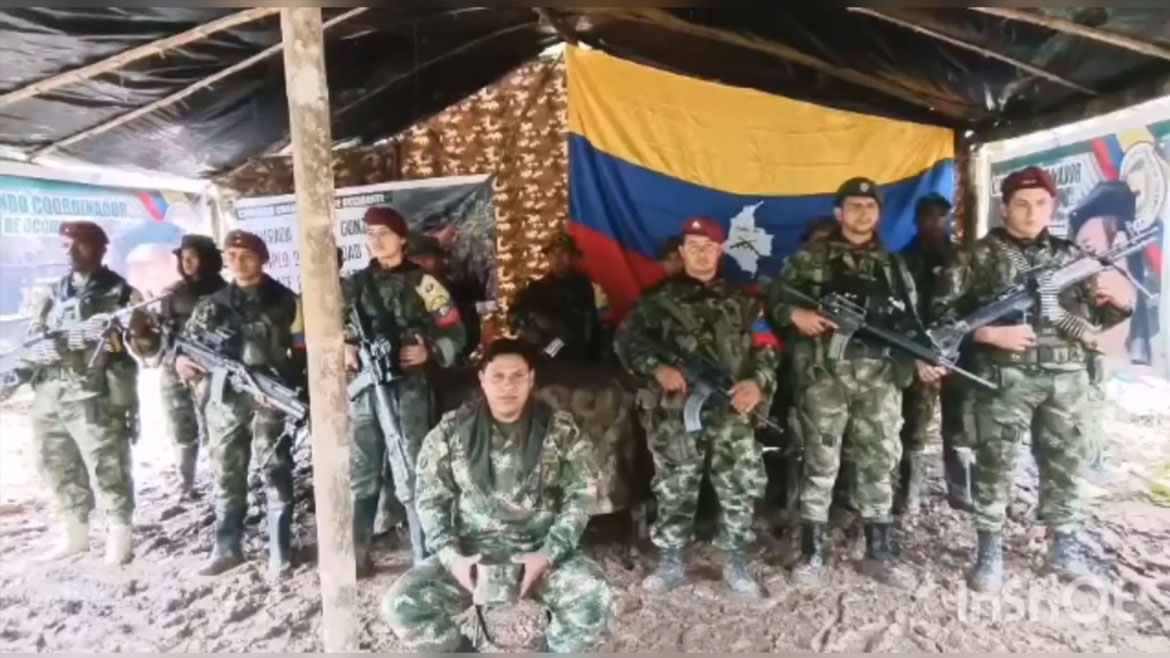 Colombia’s armed forces have said that five soldiers were “kidnapped” by guerrillas since a bilateral ceasefire took force on January 1.

One of the soldiers has been released and four are allegedly being held captive by the “Southeastern Bloc,” which agreed to suspend attacks on the security forces.

The CCO, a division of the Southeastern Bloc, confirmed the capture of one of the soldiers in a proof of life video that was released last week.

All soldiers were detained by guerrilla units while passing through guerrilla-controlled territory on leave.

The “kidnappings” put pressure on the six-month ceasefire ahead of the creation of a mechanism that would allow the verification of alleged violations.

The National Army announced on Monday that members of the “Carlos Patiño Front,” one of the CCO’s main guerrilla units in southwest Colombia, kidnapped three soldiers in the Cauca province.

Carlos Andres Ocoro, Cristian Murillo and Jose Arcadio Epiayu were allegedly detained at a guerrilla checkpoint on the road between Pasto, the capital of the Nariño province, and Cauca capital Popayan.

The soldiers were stationed in the Pacific port city of Tumaco and traveling to Popayan by bus, according to the army.

Sergeant Juan Gabriel Chichanoy was also detained in Cauca by members of the Carlos Patiño Front on January 10 while traveling to Pasto.

In a proof of life video apparently released by the CCO, Chichanoy said Friday that he was being treated well and expected that he would be reunited with his family “very soon.”

Soldier Luis Domingo Morelo was released to human rights officials on Thursday, hours after he was being detained by guerrillas in Santa Rosa del Sur, a town in northern Bolivar province.

The army said Morelo had been kidnapped by members of the 37th Front, a unit that belongs to the “Segunda Marquetalia,” a guerrilla group that is also upholding a bilateral ceasefire.

This soldier was also detained while on leave.

According to the International Committee of the Red Cross, Morelo was in good health after his release, which was contradicted by the National Army that said the soldier’s health was “weak.”

The alleged kidnappings put pressure on the ceasefire between the military and the two organizations of former members of the now-defunct guerrilla group FARC.

The main peace official of the Cauca province, Gustavo Andres Gonzalez, urged the guerrillas to release the captive soldiers and urged the government to come up with a mechanism that would allow the verification of alleged violations of the ceasefire.

The Armed Forces have condemned the “kidnappings,” but has yet to accuse the FARC dissidents of violating the ceasefire.

Why the military has allowed soldiers to travel through areas controlled by the FARC dissident groups is unclear.