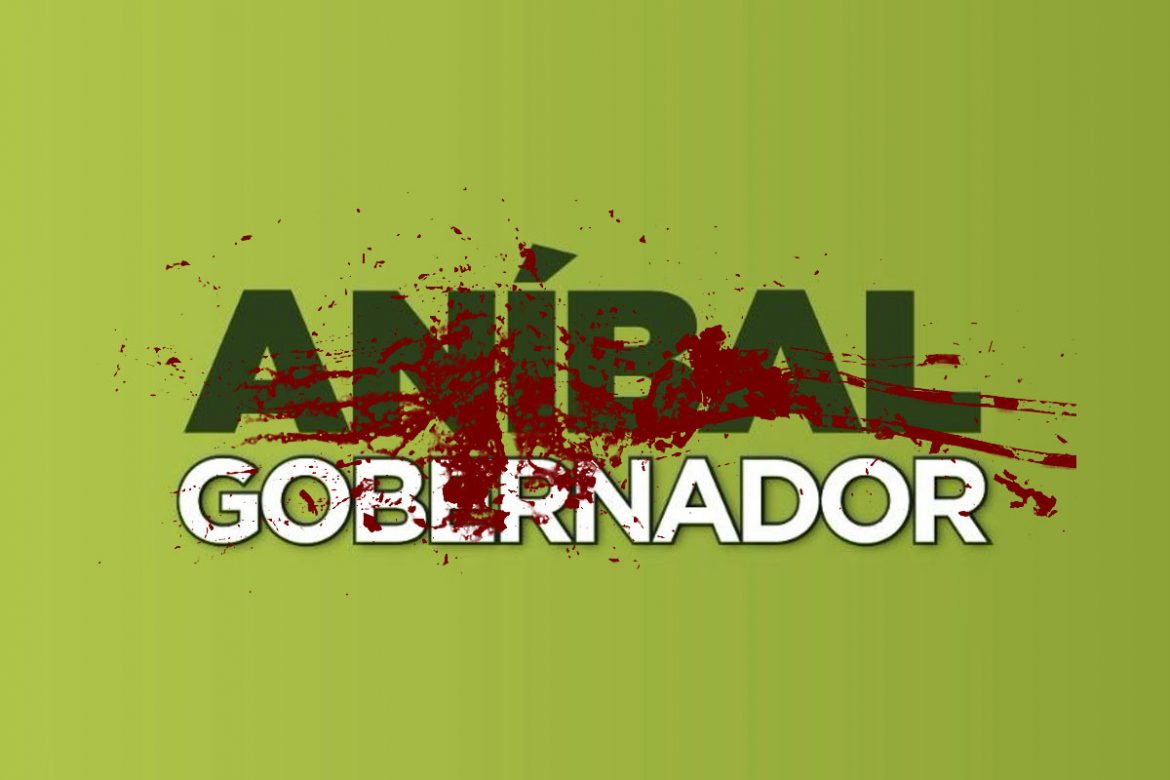 Colombia’s failing state | Part 1: Antioquia and the art of decapitation

“We are happy!” the governor of Antioquia tweeted Monday, ignoring the decapitated head of a community leader found on the main square of a village in the north of the province two days before.

Terrorism has been a major revenue generator for the businesses of the Gaviria family and still doesn’t seem to concern Governor Anibal Gaviria.

The governor constructed apartment buildings over mass graves when he was mayor of Medellin and Gaviria’s alleged negligence plunged Antioquia in crisis before.

The most brutal of five

Miguel Barrientos from Yarumal became the fifth assassinated social leader in Antioquia in January alone, but was by far the most brutal, according to Antioquia Police commander Colonel Jorge Miguel Cabra.

The police commander confirmed Barrientos’ head was found before the village church of Ochali.

The rest of Barrientos’ body was found in a different village, however, and “showed gunshot wounds to the abdomen that initially caused his loss of his life,” according to Cabra.

The police commander concluded that after assassinating the community leader “the criminals then decapitated him and threw his head in the village of Ochalí.”

The homicide and public display of the decapitated head “could be an act of intimidation of by illegal armed groups,” Yarumal’s Security Secretary Mauricio Restrepo redundantly told press.

Restrepo claimed “he wasn’t a social leader” after confirming Barrientos was a member of one of Yarumal’s Community Action Boards.

Gaviria has ignored the assassination of all social leaders and the collapse of the state in the north of his province. The governor’s main catch phrase was “HAPPINESS” as he traveled south.

Over the past three years, more than 1,200 people, including 60 social leaders, have been assassinated in northern Antioquia and across the border with the Cordoba province without any government response.

Despite the presence of more than 4,000 members of the security forces, state neglect allowed a large number of illegal armed group to take control over the northern half of Antioquia.

According to Yarumal mayor, “the information that exists is that FARC dissidents are present and at one point there was an incursion by another group, the Pachelly,” a faction of Medellin crime syndicate Oficina de Envigado.

Paramilitary group AGC, guerrilla group ELN, and dissident EPL guerrillas are also active in Yarumal and the surrounding municipalities, according to independent observers.

In the northeastern of Antioquia, “Los Caparrapos” are additionally active as law and order in the entire north of the province has all but folded like in many regions throughout Colombia.

The state collapse of northern Antioquia is mainly due because of chronic neglect as demonstrated by Gaviria, corruption and the region’s strategic importance for illegal armed groups.

The Nudo de Paramillo mountain range on the border with Cordoba has been an important drug trafficking route for decades, and the Bajo Cauca region in the northeast is rich in gold.

The disastrous counternarcotics strategy of President Ivan Duque has additionally boosted the cultivation of coca, the base ingredient of cocaine, throughout the north of the province.

Colombia’s descent into violence is caused by factors that differ per region, but what appears to be a common factor is Duque’s reluctance to implement a 2016 peace agreement with former guerrilla group FARC.

This is particularly a threat to governance in Antioquia where almost all of Duque’s political allies are suspected of crimes against humanity or ties with the now-defunct Medellin Cartel.