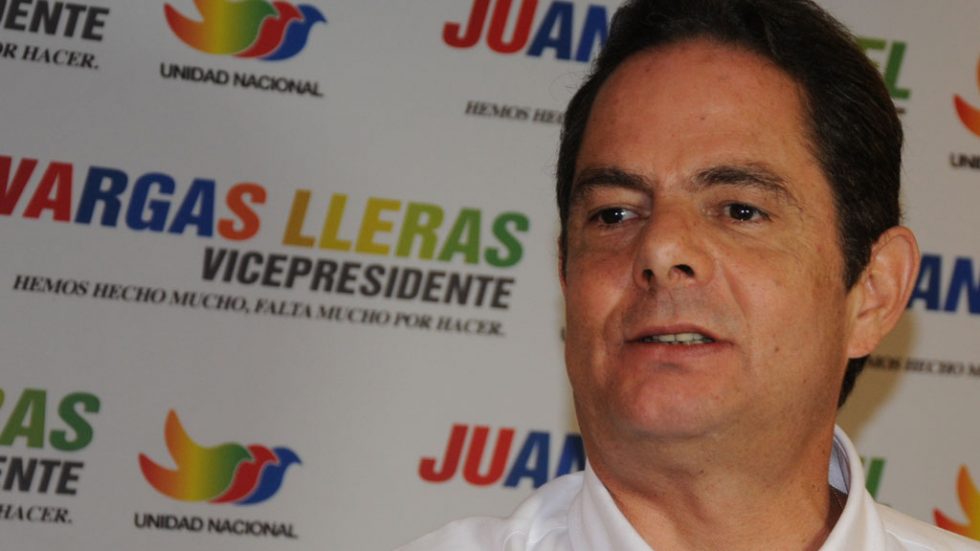 The campaign of Colombia’s establishment candidate German Vargas denied allegations of election fraud on Sunday after a public official was suspended over illegal campaigning claims.

The campaign #Mejorconvargas said the mounting fraud accusations and investigation were part of a “dirty war” against Vargas, the heir of a political dynasty as old as the republic.

The former vice-president and “good and loyal friend” of President Juan Manuel Santos has been accused of illegal campaigning in Santander and Tolima ahead of the 2018 presidential election.

In both regions, local officials were contracted or obligated to collect signatures that would allow Vargas to run as an independent, rather than with the endorsement of his political party, Radical Change.

The campaign said the investigation and claims are “disinformation” and part of a “dirty war.”

These rumors are part of a strategy of disinformation and the dirty war we have been denouncing for more than a month.

The director of the public education institute SENA in Santander, who reportedly got his job thanks to Radical Change, was suspended after the regional ombudsman’s office began investigating fraud accusations.

Contractors had complained they were forced to gather 500 signatures per person or risk losing their job.

Multiple officials from the Tolima governor’s office accused the office of offering money for signatures that would allow Vargas’ participation in the election.

The accusations came at a time Vargas was already under fire for allegedly using the support of paramilitary warlords to get selected into the Senate in 2002.

Election rivals and opposition Senators Claudia Lopez (Green Alliance) and Jorge Robledo (Democratic Pole) implied that the senior politician had bribed the Supreme Court to absolve him of criminal charges.

More than 60 other senators elected in 2002 and 2006 have been imprisoned over their ties to anti-communist paramilitary groups.

Three politicians have since recently been investigated after the country’s jailed anti-corruption chief, a reported associate of Vargas, was recorded claiming they had been absolved by the Supreme Court after paying a bribe.