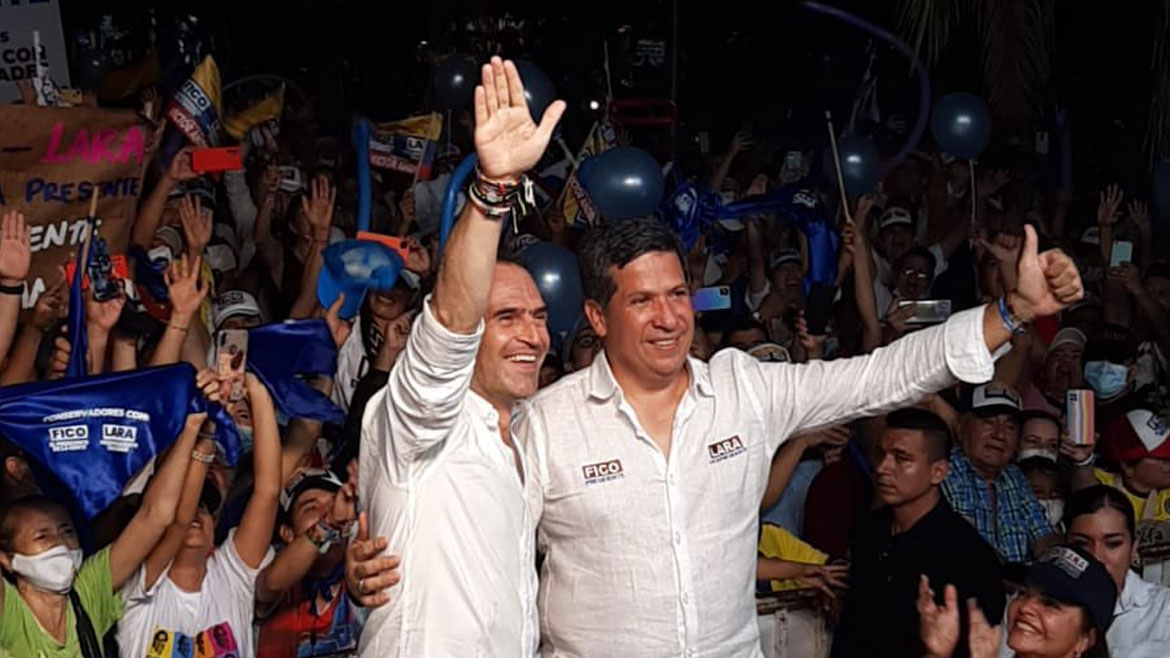 The participation of Colombia’s establishment candidate Federico Gutierrez in the second round of the elections is no done deal, multiple polls suggest.

Three polls that were released on Thursday showed a sharp increase in support for former Bucaramanga Mayor Rodolfo Hernandez.

A poll released by CNC even suggested that the difference in support between Hernandez and Gutierrez was only 1.7 percentage points.

What appears to be certain is the impending victory of opposition Senator Gustavo Petro in the first round on Sunday next week.

The rise of Hernandez

According to Invamer, whose poll was the most extensive, support from Hernandez went from 13.9% in April to 20.9% this week.

Whether the liberal demagogue can maintain momentum is far from certain, however.

All polls were held shortly after a major scandal caused by corporate television network RCN, which confronted Hernandez with an image of his daughter who was kidnapped and presumably murdered in 2004.

The confrontation triggered a wave of solidarity for the candidate and fierce criticism about the questionable ethics of RCN.

The polls were held before the television network revealed that Hernandez had agreed to the confrontation.

Did Gutierrez hit the ceiling?

All polls indicated that Gutierrez failed to significantly increase his support after winning the primary of his “Team for Colombia” coalition in March.

The establishment candidate has been consistently confronted by reports about his allies’ ties to organized crime and notoriously corrupt “clans.”

All of the government’s coalition parties have expressed their support for the establishment candidate.

Neither Hernandez nor Gutierrez would be anywhere near defeating Petro in the first round, according to the pollsters.

The progressive candidate has been leading in the polls since the beginning of campaigning in September last year.

Petro’s “Historic Pact” coalition scored a major victory in the March 13 congressional elections when the progressives obtained almost 20% of the seats in the Senate.

Since then, the opposition has put its weight behind the progressive senator’s campaign.

The opposition’s efforts to secure more than 50% of the votes on Sunday next week appears to have failed, meaning that Petro will have to win the June 19 second round to become president.