Peace commissioner Miguel Ceballos made the first move, announcing that former ELN members Felipe Torres and Francisco Galan had been designated “peace promoters,” authorizing them to informally explore the possibility of peace talks with their former guerrilla group.

The President of the Republic and the High Commissioner for Peace have appointed as peace promoters Mr. Francisco Galan and Mr. Felipe Torres, who were once members of the ELN and today have demonstrated with their behavior a change, a change that all Colombians need to make and especially all those armed groups that intend to continue hindering the exercise and presence of the State at a time when we all need to be united in the preservation of life.

Office of the High Commissioner of Peace

Hours later, the guerrillas said it would cease fire starting Wednesday as a “humanitarian gesture to the Colombian people that suffers the devastation of the coronavirus.”

While neither of the warring parties would admit it, the reciprocate actions are major steps towards the resumption of peace talks that ended when Duque took office in 2018.

For the first time since taking office, the Duque administration allows overt mediation with the ELN while the guerrillas’ ceasefire follows the release of four hostages, effectively complying with two key demands of the government.

Indications both parties were willing to explore the possibilities have been in the air for months, but mainly through indirect hints. The coronavirus seems to have put both in a rapid.

Ceballos revived the idea of peace talks in December when he specified the government’s conditions, saying that “the recruitment of minors, the planting of landmines and attacks on  oil infrastructure” are “nonnegotiable.”

Duque had already demanded the release of all hostages held captive by the ELN and an “end to all criminal activity.”

Social organizations had asked all illegal armed groups to cease fire to allow the country to brace for the impact of the pandemic and also United Nations Secretary General Antonio Guterres had called for a suspension of all armed conflict. 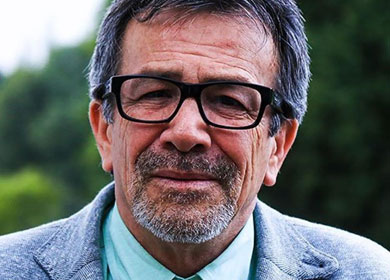 “Felipe Torres,” whose real name is Carlos Arturo Velandia, is a former ELN commander who was with the guerrilla group between 1972 and 1994.

While a member of the guerrillas Central Command, he was arrested and spent 10 years in prison.

The former guerrilla commander has been a fierce peace advocate for almost a decade and has fiercely condemned the ELN’s use of terrorism and kidnapping. 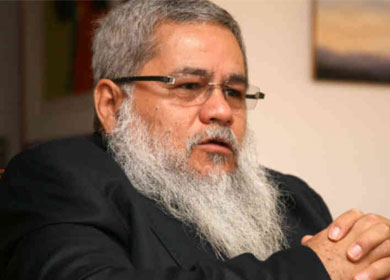 Francisco Galan is one of the ELN’s founding members.  This former member of the guerrillas” central command was arrested in 1992 and spent 30 years in prison.

The former guerrilla command still considers himself a member of the ELN, but “retired” from the armed conflict.

Like Torres, he no longer believes the ELN’s political goals can be met through armed conflict.

The guerrillas’said they wouldn’t carry out attacks, but “reserve the right to defend ourselves against attacks carried out by state forces, made up of regular troops, paramilitaries and drug trafficking gangs, in various regions of the country.”

The ELN also called on the president “to order the quartering of its troops and to discourage the persecution of the population and the assassination of leaders and social activists.”

These guerrilla calls are specifically relevant in the Pacific region of Colombia where the ELN has been engaged in fighting with paramilitary group AGC, allegedly in collusion with the military, for years.

The coronavirus is not just a wake-up call for the warring parties, but also a potential threat.

Key military units in ELN territory have been put to work to prepare for the expected spread of the virus.

Because the guerrillas have no access to healthcare, outbreaks in their camps could have devastating effects on their troops.

Nevertheless, the recent and sudden steps are the biggest taken by either party to resume negotiations to end the armed conflict that began in 1964.