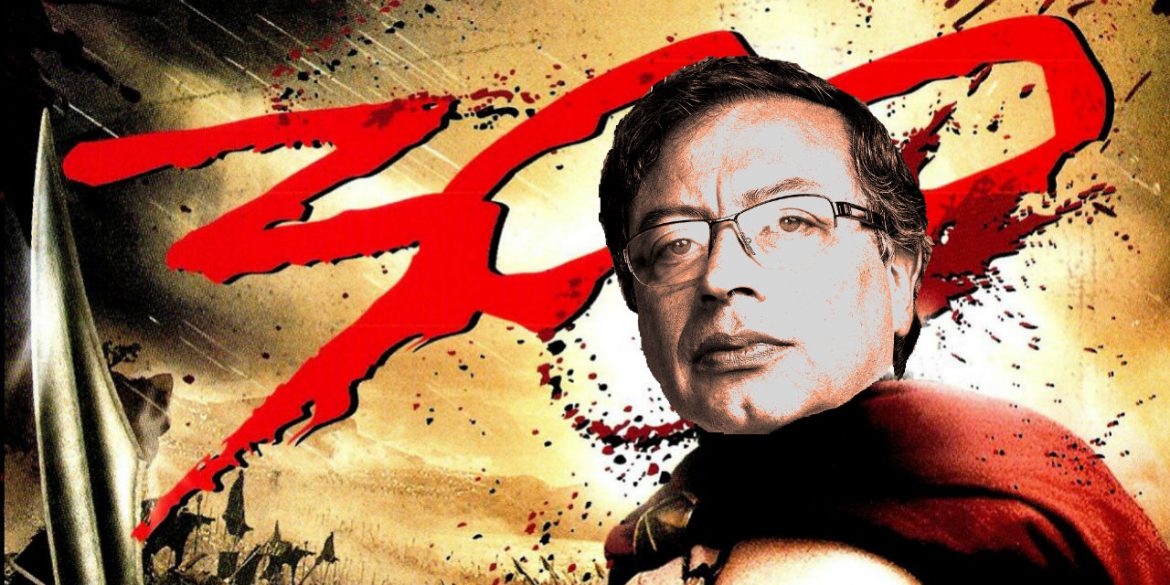 While some of Colombia’s election candidates warn for a tropical Armageddon if they are not elected, others take themselves less seriously.

Gustavo Petro is HOT and he knows it. For weeks, the social democrat has been upsetting Colombia’s ultra-conservative politicians who have pretty much warned that his reform proposals will bring about the end of the world.

The former Bogota mayor seems to become more popular with every intent to discredit the former guerrilla.

The last attempt that went horribly wrong happened in Medellin where a political commentator accused the social democrat of running a sweatshop from where 300 “community managers” were trolling the internet.

Within hours, supporters of the candidate began reporting from #Petrossweatshop and uploaded all kinds of ridiculous campaign ads.

One of the most senior of politicians who decided to go for a less gloomy approach is Liberal Party candidate Humberto de la Calle.

The former vice-president was photographed drinking a beer in a bar in Bogota. A well-deserved beer, one might add, as De la Calle spent four years negotiating peace with the FARC, and with success.

The campaign team of the former peace negotiator and senior “nadaist” figured they’d turn things around, stress “the right to have a beer after a long week’s work or study” and invite everyone to have “#abeerwithdelacalle.”

Socialist candidate Piedad Cordoba is better known for her friendship with Venezuela’s late President Hugo Chavez than for her sense of humor.

Her latest campaign ad tries to change that and show the controversial former senator as Neo, the main character in The Matrix.

Cindy Nuñez is a feminist and aspiring house representative from Bucaramanga, Santander.

She upset public opinion after releasing a radio commercial in which she called for “more orgasms, less corruption.”