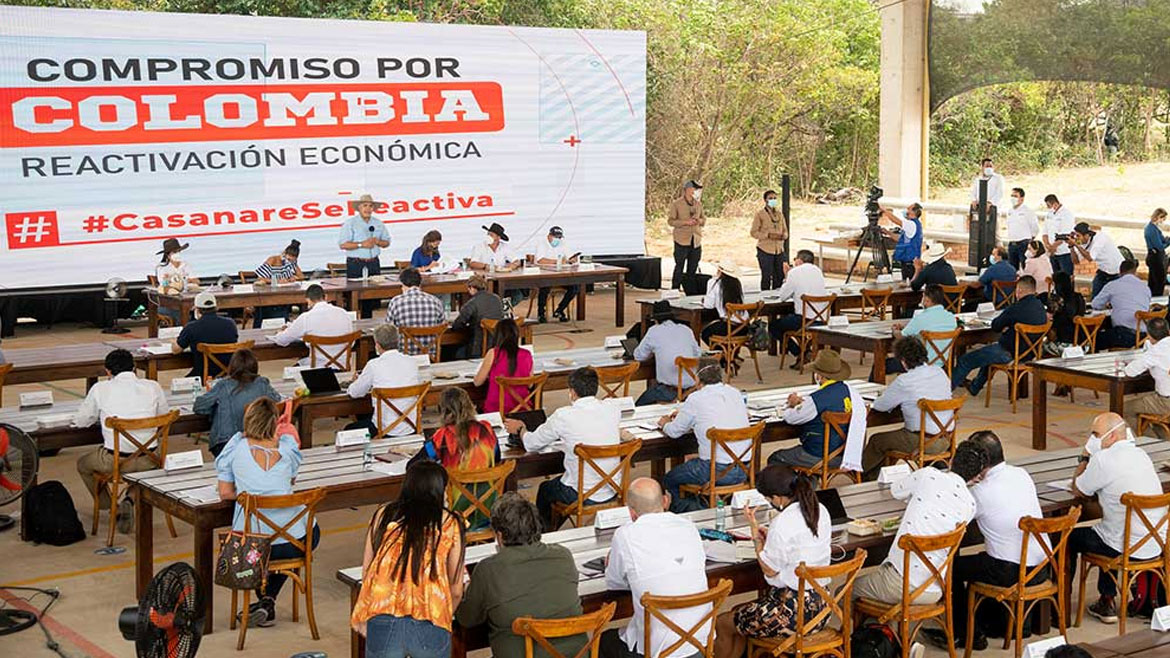 The prosecution and paramilitary group AGC have been intimidating locals near oil fields of state-run company Ecopetrol in northeast Colombia after a series of guerrilla attacks.

The Ombudsman last week warned about the growing threat posed by the heir of paramilitary organization AUC in the Casanare and Boyaca provinces.

The AGC spread a pamphlet in which they announced a “social cleansing” and military presence in northern Casanare and the provincial Yopal on February 25.

Our goal is to keep Casanare free of guerrillas so we have decided to occupy the areas where those criminals have been present for years.

The AGC announced the incursion allegedly in response to “calls of people of virtue from the province” two days before a visit of far-right President Ivan Duque.

A regional human rights official told newspaper El Espectador on Wednesday that paramilitaries had already increased their presence around Ecopetrol oil fields in the south of the province since early last year.

The announced incursion in the north of Casanare and the south of Boyaca would increase AGC control near almost all of the oil fields of Ecopetrol, allegedly one of the main sponsors of now-defunct paramilitary group AUC.

“Extermination” of opposition against oil companies

Farmers’ organizations from the region expressed their concern that prosecutors arrested community leader Miguel Yesid Daza on vague claims he would have guerrilla ties two days before Duque’s visit and the AGC’s threat.

According to the social organizations, the arrest was part of “a policy of the political extermination through the persecution of social movements in Casanare” in order to “clear the region so that oil companies can execute their plans without opposition.”

Human rights group “People’s Congress” and the regional organizations called on watchdog organizations from Casanare to secure a swift release of the community leader.

Locals and the human rights office warned that the announced incursion of the AGC increases the risk of violence involving guerrilla group ELN and dissident guerrillas of the FARC, which demobilized in 2017.

The FARC’s dissident 10th Front, which is mainly active near the Venezuelan border, incinerated a vehicle in Aguazul, a municipality in northern Casanare in August last year.

A month later, the dissident 28th Front released a video demanding extortion payments from government contractors in the same municipality.

A day before the FARC video, the ELN allegedly carried out a bomb attack on one of Ecopetrol’s oil wells in Aguazul.

The attacks were carried out despite previously registered presence of the AGC in the region.