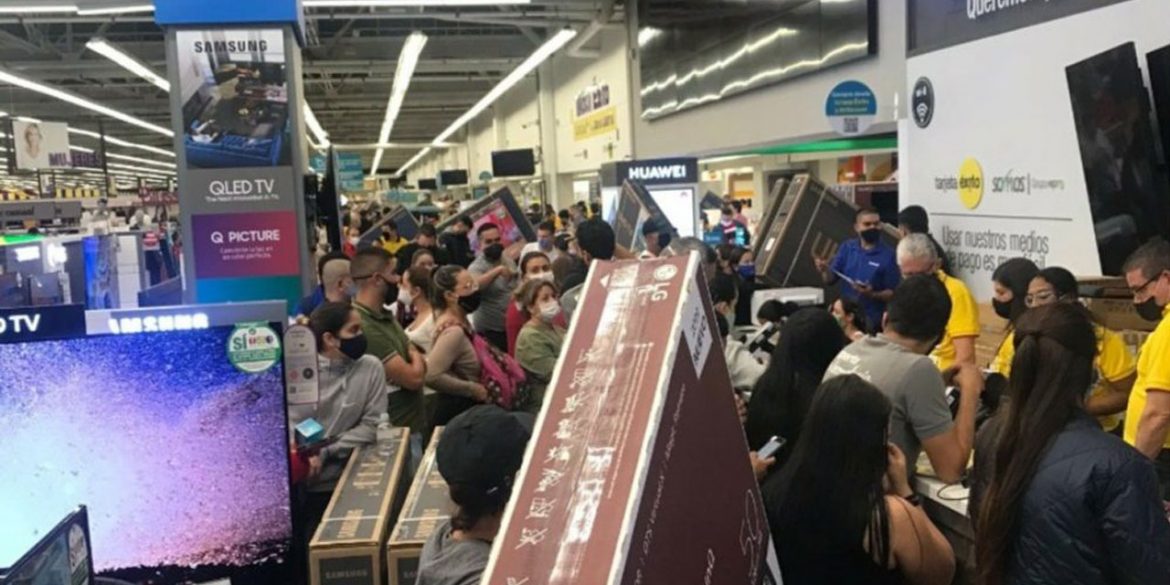 A plan of Colombia’s President Ivan Duque to reactivate the economy turned into an epidemiological nightmare as crowds gathered at large retailers in the midst of a pandemic on Friday, the first of three days without sales tax.

Mayors, health workers and journalists reacted with despair as they saw massive crowds gather at the large retail stores that were temporarily exempt of 19% sales tax by the government.

“With much effort we have managed to control the speed of contagion and death so far,” the capital of the capital Bogota, Claudia Lopez, exclaimed on Twitter.

A multitude of economists had already dismissed Duque’s 2018 campaign proposal for a three-day sales tax relief well before the pandemic, claiming its effects on economic growth would be negligible while severely complicating tax collection.

The Colombian Association of Public Health reacted with astonishment the president had effectively created Black Friday-like scenes weeks ahead of the expected peak of the coronavirus pandemic.

Was it really necessary to encourage agglomerations during the acceleration of the epidemiological curve for one day without sales tax? Where is the constitutional mandate for social responsibility?

Under pressure from powerful business associations, Duque has been trying to reactivate the country’s economy despite evidence this was accelerating the spread of Covid-19, the disease caused by the coronavirus.

The president has consistently ignored warnings by local authorities and health organizations that the regional healthcare system was not prepared for an increase in cases and could collapse.

Healthcare has already collapsed in the southwest of the country and along the Pacific coast, and is on the brink of collapse in the Caribbean region.

Bogota and the country’s largest city, Cali, have declared an orange alert.