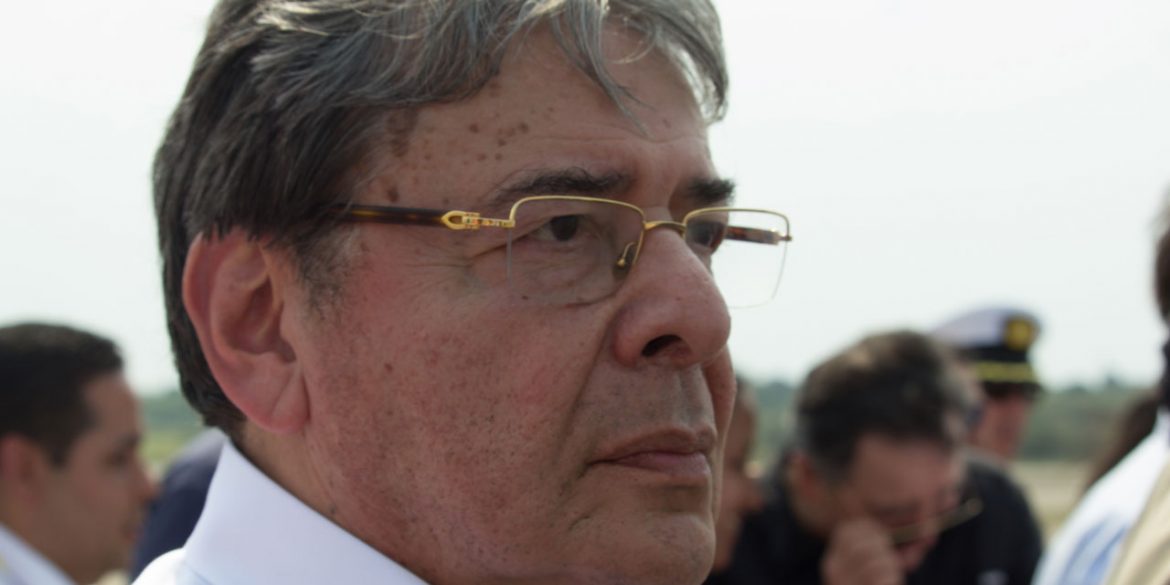 Colombia’s defense minister said Wednesday he would challenge a Supreme Court order to curb the violent repression of peaceful protests, implying the government would refuse to comply.

In a press conference, Defense Minister Carlos Holmes Trujillo said he would ask the Constitutional Court to revise the ruling ordering the government to end the violent repression of anti-government protests and neglected to apologize for police brutality as ordered.

If Trujillo refused to apologize before Thursday afternoon he will be in contempt of court, according to multiple jurists, who said the minister’s request to revise the ruling does not relieve him of the obligation to comply with Supreme Court court orders.

A second instance ruling has no appeal, it must be complied with without delay. The eventual review of the case by the Constitutional Court does not suspend the effects of the ruling issued by the Supreme Court. Failure to comply with the ruling is contempt.

In a landmark ruling, the Supreme Court ordered the government of far-right President Ivan Duque to come with reforms, and specifically the ESMAD anti-riot police, whose “uncontrolled activities represent a risk, a serious and ongoing threat for those who intend to go out and mobilize to peacefully express their opinions.”

The Supreme Court additionally ordered the president to issue a gag order that disallows public officials to stigmatize protesters or criminalize democratic opposition within a month to end the government’s “evident” disrespect and “systematic, violent and arbitrary” violations of Colombians’ right to protest.

Trujillo said that the security forces, and the ESMAD specifically, “do not institutionally incur in excesses,” but blamed individual officers would be responsible for systematic human rights abuses.

In those cases after November 21, 2019, in which there may have been an excess on the part of the Public Force, these would correspond to individual actions of some of its members, for failure to comply with the Constitution, the law, the regulations and protocols.

The defense minister of far-right failed to immediately issue a formal apology on national television and radio as ordered by the court.

Opposition Senator Gustavo Petro warned for a “dictatorship,” and stressed that “if the government does not respect the ruling of the Supreme Court of Justice, it simply commits a crime.”