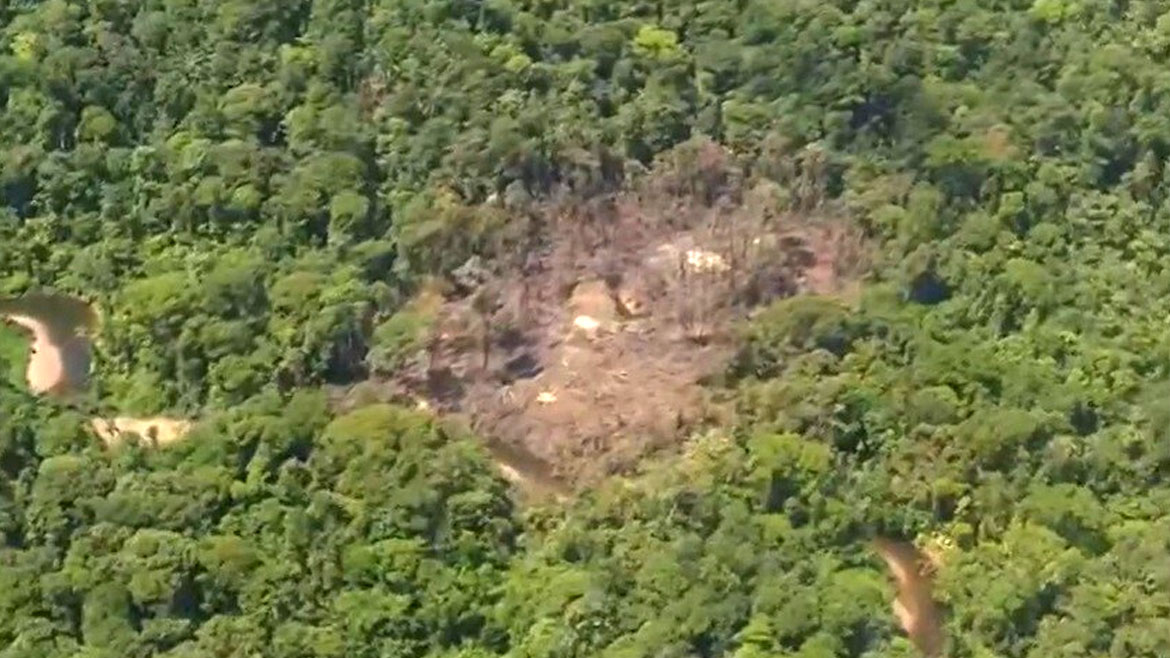 Location where the minors were bombed.
War and peace

Colombia’s defense minister will have to explain Congress why four minors and no ELN commander died in a bombardment on a guerrilla camp in September.

Opposition Senator Ivan Cepeda on Thursday revealed that one 13-year-old boy and three 17-year-old girls died in a September 16 bombing that was supposed to kill ELN commander “Fabian.”

I will summon the defense minister, Diego Molano, to explain the new episode of bombing minors during a political control session in the Senate.

The defense minister blamed the guerrillas for “forcibly recruiting minors and placing them within a military objective.”

The “surgical operation” that missed its target

Molano was already in a fix over the bombing because he falsely claimed that the commander of the ELN’s Western War Front died in the military operation.

Fabian wasn’t among the eight people who were killed in the bombardment on an alleged guerrilla camp in Litoral de San Juan, a municipality in the western Choco province.

The ELN commander was captured 11 days after the bombing and died in a Cali hospital on September 28.

The guerrillas confirmed the death of “Fabian,” but challenged Molano’s claim that the top commander was injured in the bombardment.

The debate on child soldiers

The killing of children during a bombing on a guerrilla camp forced the resignation of President Ivan Duque’s first defense minister Guillermo Botero in 2019.

Molano defended the latest incident and denied that the deaths of the minors constituted a violation of International Humanitarian Law.

This is a questionable claim, mainly because the Geneva Convention’s protocol on the protection of children is open to interpretation, especially when it comes to child soldiers who are 15 and older.

This is complicated further by the fact that there is no evidence to indicate that the minors were child soldiers as they weren’t killed in combat, but bombed to death.

Molano’s attempt to lay the blame on the ELN is even more questionable as the guerrillas’ alleged recruitment of the 13-year-old boy in no way allows the military to also commit war crimes.