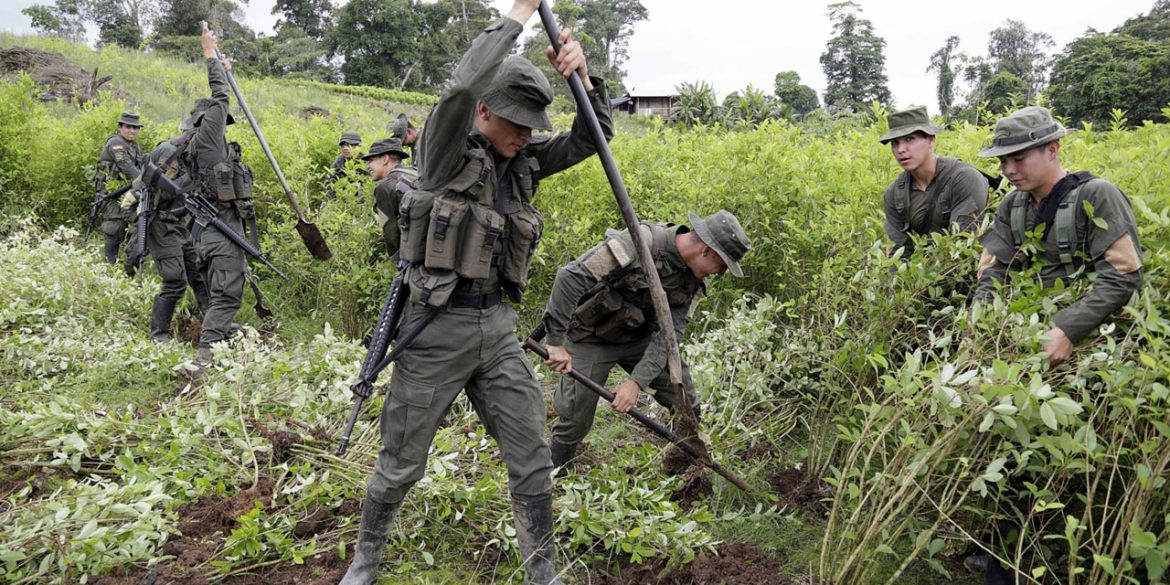 The Colombian government thought it could outsmart farmers by taking advantage of the coronavirus pandemic to resume the aerial spraying of coca. Turns out farmers aren’t stupid.

In the latest attempt to resume areal fumigation, the National Environmental Licensing Agency (ANLA) tried to obtain the compulsory approval of farming communities through online consultations in areas on lockdown and without internet.

A group of farmers from the southwestern Nariño province successfully sued the ANLA, which was ordered to suspend the consultations while the judge considers their legality.

The decision is the latest blow for President Ivan Duque, who said last year he would resume the controversial practice that was banned in 2015 in a matter of weeks.

Defense Minister Carlos Holmes Trujillo hasn’t been able to aerially fumigate one square inch, and the government’s broadly rejected counternarcotics policy — as forewarned — is turning out to be one big failure.

Under pressure from US President Donald Trump, Duque and Trujillo opted for stepping up forced eradication and the resumption of aerial fumigation.

The crop substitution program, part of a peace process that has been shunned both by Washington DC and Bogota, was all but abandoned.

Consequently, the White House was forced to admit that Colombia’s cocaine production reached a record high in 2019.

To avoid the bilateral counternarcotics policy becoming an even bigger failure than predicted, Trujillo and his US counterpart Mark Esper agreed to step up forced eradication 38% to a record 130,000 hectares this year.

As if they were jinxed, forced eradication in the first quarter of 2020 dropped 29% compared to last yest.

This can only get worse

The United Nations is expect to release its annual report on coca cultivation in Colombia within months, just in time to confirm that Trump’s counternarcotics policy in Colombia is a tragic disaster.

To make things worse, the coronavirus pandemic is causing a massive spike in Colombia’s unemployment rate, a surge in the price of gold and the depletion of the government’s treasury.

This could incentivize farmers to grow even more coca, increase illegal armed groups’ revenue and bankrupt the government.

Colombia’s opposition and the country’s powerful peace movement have been urging the government to implement the 2016 peace deal with demobilized FARC guerrillas, including the crop substitution program, to prevent the weakened state being confronted by strengthened illegal armed groups.

The government has been deaf to these calls, despite everything indicating that the current drug policy can only go wrong.