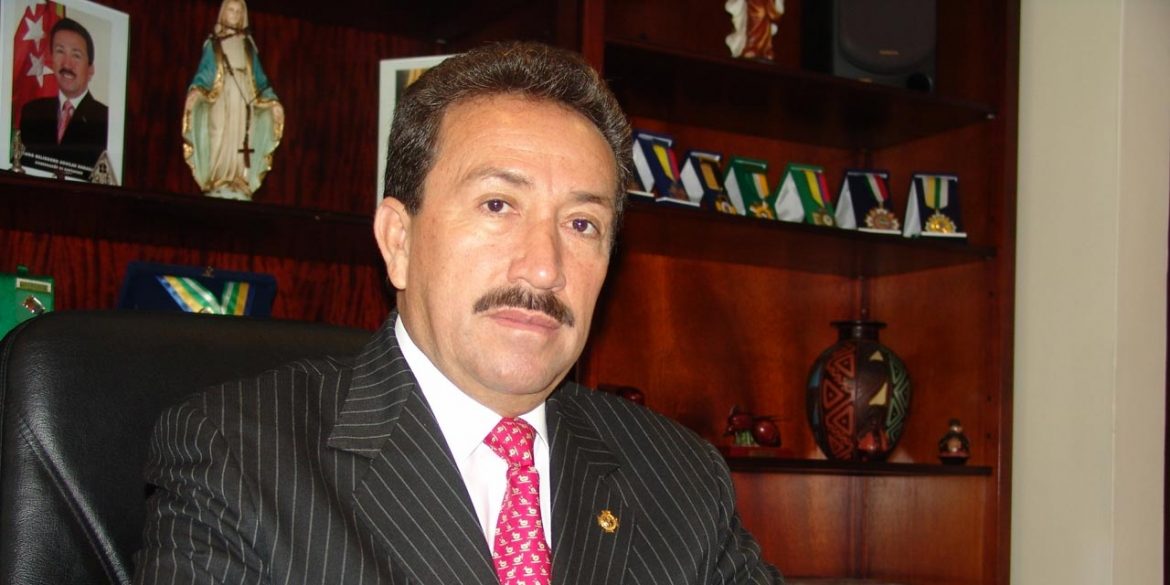 Colombia’s prosecutor general’s office dealt a blow to the Aguilar family, one of the country’s elites that have accumulated political power through corruption and extreme violence.

Hugo Aguilar, the former cop who claimed killing Pablo Escobar, was arrested on illicit enrichment charges in Bucaramanga, the capital of Santander, on Wednesday.

Aguilar is the paterfamilias of one of the most powerful political clans in Santander. His son Richard is currently running for senator after succeeding his father as governor in 2012.

The former governor and his ex-wife were arrested on Wednesday after the prosecution found evidence that part of the $5.2 million fortune of Aguilar and his family were made through his relation with the Central Bolivar Bloc, a paramilitary group that demobilized in 2005.

According to the charges, the decorated police official laundered large sums of drug money.

The inquiries revealed that there is no justification or support for the $875 thousand that would make part of the former official’s capital, and proved that the origin of the high income of some of his relatives is unknown.

Aguilar was sentenced to nine years in prison on conspiracy charges in 2011, one month before his son was elected to succeed his father as governor.

The corrupt electoral baron came under major criticism after he was released from prison early and photographed while driving a Porsche. Aguilar told authorities he could only contribute $500 to compensate the victims of his violent ascent to power because he was broke.

The Santander electoral baron became a national hero in 1993 when he, as a member of the Search Bloc that killed Escobar, claimed he had fired the shot that ended the infamous drug lord’s life.

A tale of two Colombian colonels in a parapolitical saga

The colonel used his status as national hero and his friendly ties to the death squad that helped take down the Medellin Cartel to violently secure a future in politics.

With the support of the Central Bolivar Bloc, a designated terrorist group, he won the 2007 governor’s election in Santander, but was suspended and arrested before the end of his term.

The Aguilars are long-time allies of President Juan Manuel Santos and presidential candidate German Vargas, one of the heirs of a powerful dynasty from Bogota.

The presidential campaign of Santos’ former VP has been marred by widespread accusations of fraud and the support of corrupt and sometimes violent regional elites like the Aguilar family.

The most famous of these corrupt elites is the Uribe family, whose paterfamilias Alvaro Uribe became president in 2002 and was reelected in 2006 with the help of far right death squads.

The family of the current president, Juan Manuel Santos, has been in or close to power for a century.