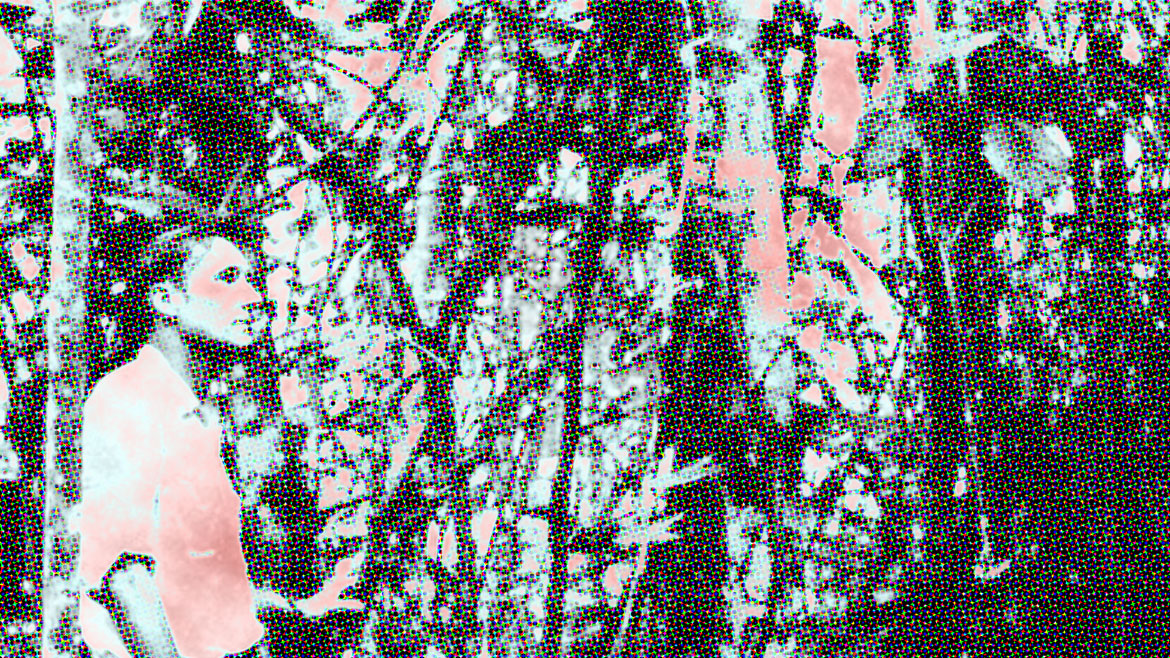 Counterculture icon William S. Burroughs traveled to Colombia in 1953 to try ayahuasca, a drug that disappointed the writer almost as much as the capital Bogota.

Most of Burroughs’ experiences were published in his 1963 novel The Yage Letters, a collection of correspondence between the legendary late writer and his former boyfriend and late poet Allen Ginsberg.

Additional snippets of information were left by late botanist Paul Holliday, who joined Burroughs and biologist Richard Evan Shultes on their quest to the southern Putumayo province in early 1953.

Burroughs’ had traveled to Bogota in 1951 already, hoping he would find the “final fix” in Ecuador but failed to try ayahuasca as he fell out with his travel partner, Lewis Marker.

Burroughs, determined to try the relatively unknown drug, returned to Colombia in January 1953 and left the country less than two months later determined never to return.

I remember an army officer in Puerto Leguizamo telling me: “Ninety percent of the people who come to Colombia never leave.” Let’s assume he meant that they fell for the charms of the place. I belong to the ten percent who will never return.

In “The Yage Letters,” the beat generation icon was explicit about his dislike of Bogota during the most oppressive years of the Conservative Party, which was at war with the Liberal Party at the time.

When Burroughs arrived in the capital, the author found himself in a virtual dictatorship that was strongly influenced by Spanish dictator Francisco Franco.

In Bogota, more than in any other city I have visited in Latin America, you feel the dead weight of Spain, somber and oppressive. Everything official carried the “Made in Spain” seal.

Burroughs had been deeply involved in creating one of the United States’ most influential countercultures of the 20th century, but Bogota’s youth wouldn’t be introduced to youth culture until after the author’s visit.

In his letters to Ginsberg, the author did little to hide his disdain for the culture in Bogota, whose culture Burroughs seemed to perceive as mediocre and pretentious.

Bogota is essentially a small town, everybody worried about what they are wearing and trying to look as if they hold a position of responsibility.

The violent animosity between the two parties did not go unnoticed to the writer.

One night I was hiding in a liberal café when three conservative thugs in civilian clothes came in shouting “Long live the conservatives” hoping to provoke someone and kill him.

Burroughs’ rejection of Bogota’s contemporary culture would be echoed in 1958 by a group of Medellin artists who began the “Nadaism” movement, Colombia’s first own counterculture.

The writer traveled to Putumayo via Cali, Popayan and Pasto after Shultes had told Burroughs that ayahuasca was most easily found in the southern province where native Colombians used the drug in rituals.

On the road, Burroughs would have his first run-ins the National Police and their “annoying and pointless” searches.

Putumayo was by far the most depressing, according to the author as locals desperately seemed to hope that the Texas Oil Company would return “like the second coming of Christ,” according to Burroughs.

The author found the southern province in a depression caused by a collapsed rubber boom, a rot that was killing cocoa harvests and poor soil that make agriculture barely worthwhile.

Several times, when I was drunk, I told some people: “Look. There is no oil here. That’s why Texas quit. It’s never coming back. Do you understand?” But they couldn’t believe it.

The American biologist who would later become a main character in the film “Embrace of the Serpant” of Colombian filmmaker Ciro Guerra introduced Burroughs to his two shaman.

Holliday would later remember that the author’s first ayahuasca trip was near Mocoa and prepared by a 70-year-old shaman.

According to Burroughs, the shaman was getting drunk off the aguardiente the writer had brought. Both accounts agreed the writer spent most the evening vomiting.

Burroughs ended up traveling all the way to Puerto Leguizamo where he got stuck while tensions between the locals and the foreign visitors rose to the point they were close to sparking violence.

To make matters worse, Burroughs was arrested and thrown in jail because of a visa irregularity and wasn’t released until he got malaria.

The author was ultimately able to get on a flight to Villavicencio and return to Bogota ill, he wrote Ginsberg.

Burroughs swore never to return to Colombia but did convince Ginsberg, who traveled to Putumayo to try ayahuasca in 1960.

By then, the Beat Generation was beginning to gain fame, mainly because of the poet’s epic poem “Howl,” and the now-classic novels “On the Road” by their friend Jack Kerouac and Burroughs’ “Naked Lunch.”