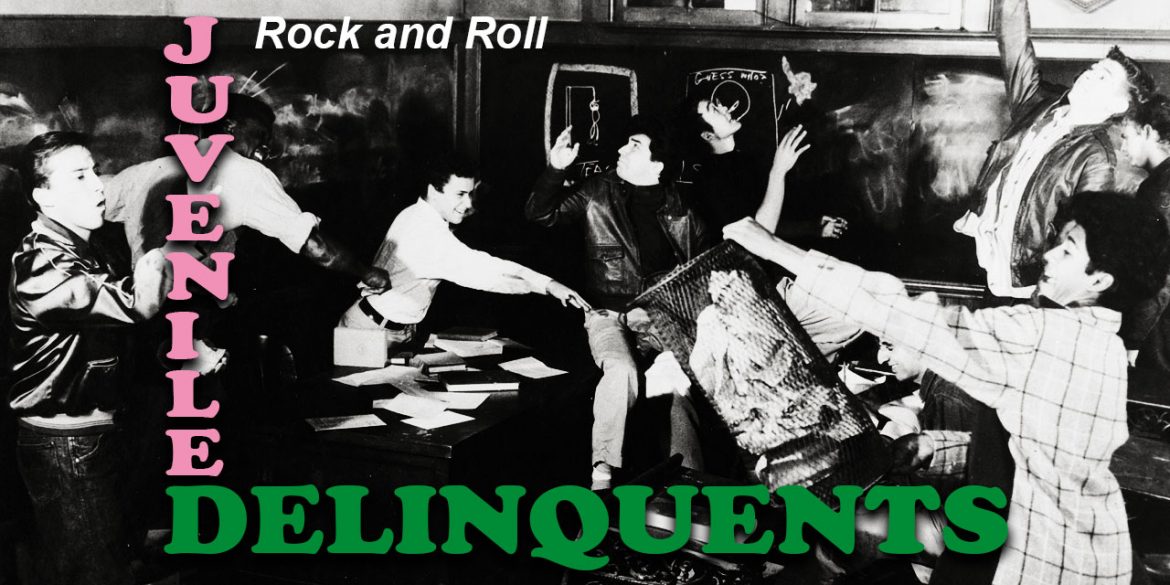 Rock and roll was quickly associated with juvenile delinquency after arriving in Colombia as the music and Hollywood movies inspired youth in Bogota to join gangs.

Before US-born Jimmy Reisback really introduced Colombia’s capital to rock and roll music and the concept of a radio disk-jockey in 1957, American cinema set the scene.

Between 1953 and 1956, “The Wild One,” “The Blackboard Jungle” and “Rebel Without a Cause” introduced Colombia’s urban youth to youthful rebellion, a concept that didn’t exist.

In the United States, music icons like Elvis Presley and Johnny Cash were causing a cultural revolution around the time these movies made James Dean and Marlon Brando instant icons.

In Colombia, the movies came before the music, just when the country was slowly emerging from “La Violencia,” an period of extreme violence between liberals and conservatives. 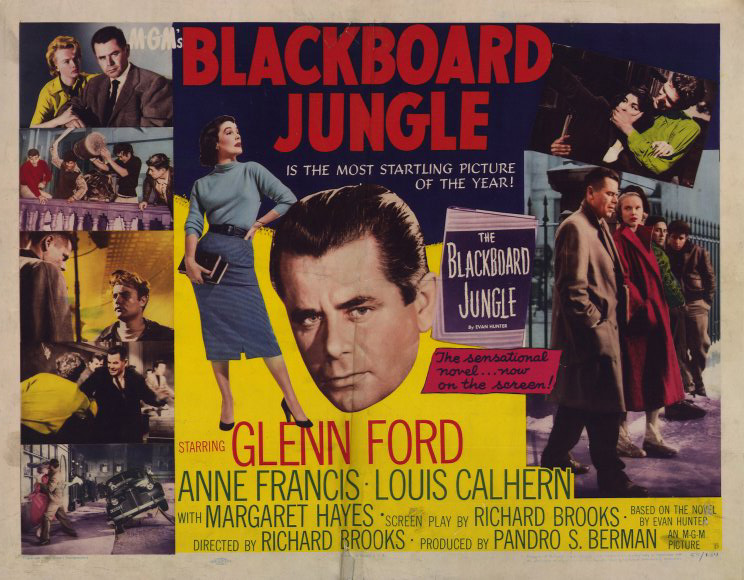 The American movies introduced a generational division between youth that felt disenfranchised by the dull society of their parents.

The suburbs that had emerged in the US in the 1950’s may have been dull and conformist, Colombia was anything but in the aftermath of the partisan war that cost 200,000 lives.

In the capital Bogota, The Blackboard Jungle inspired boys to forms gangs that had nothing to do with politics, but girls and rock n’ roll, especially after the opening song of this movie, “Rock around the Clock” by Bill Haley & His Comets, became the title of a 1956 movie about rock and roll.

The films and the introduction of rock and roll dramatically changed the size and the nature of gang in Colombia’s capital.

Bogota’s gangs were historically made up of genuine juvenile delinquents and were relatively marginal.

Movies like The Blackboard Jungle popularized gang membership, which led to more violence between rival gangs and dramatically changed the nature of the gangs.

Many of the new wave of rock and roll gang members were not interested in crime, but sought to increase their social status and popularity among girls by exercising control over their neighborhoods.

The gang members were between 13 and 18 years old, approximately, and they were distinguished from the other gangs by the outfits and accessories they wore, whether it was a logo on their jacket, the way they wore their jeans or even their hairstyle. These differences were mostly shown on Sunday mornings at the Colombia Theater, where hundreds of young people gathered to watch their favorite movies.

Bogota, the epicenter of Colombian rock between 1957 and 1975

Elvis Presley and Bill Haley inspired the formation of bands after Steinback got his first slot on the radio and a second radio DJ, Carlos Pinzon, also began playing rock n’ roll.

Electric guitars were virtually impossible to buy in Colombia, so bands would steal the microphones from public telephones in order to amplify their acoustic guitars.

“Los Danger Twist” and “Los Dinamicos” used the accordion, an instrument that was widely available, and became the cultural representatives of Bogota’s rival gangs.

Los Danger Twist were from the impoverished south of the city while Los Dinamicos were from the middle class Chapinero neighborhood.

What nobody anticipated was that the gangs saw the bands like rival football clubs and the concert as a derby.

While the DJ and the bands were in for a musical battle, the gangs were in for settling territorial scores and the concert ended in a massive gang fight.

Bogota was used to extreme political violence, but had never seen a music concert spark a riot.

The theater was nearly destroyed in 1960 when tropical music band “Los Isleños” was deemed too boring to open for Bill Haley, who became the first and last rock n’ roll icon to be invited to Colombia. 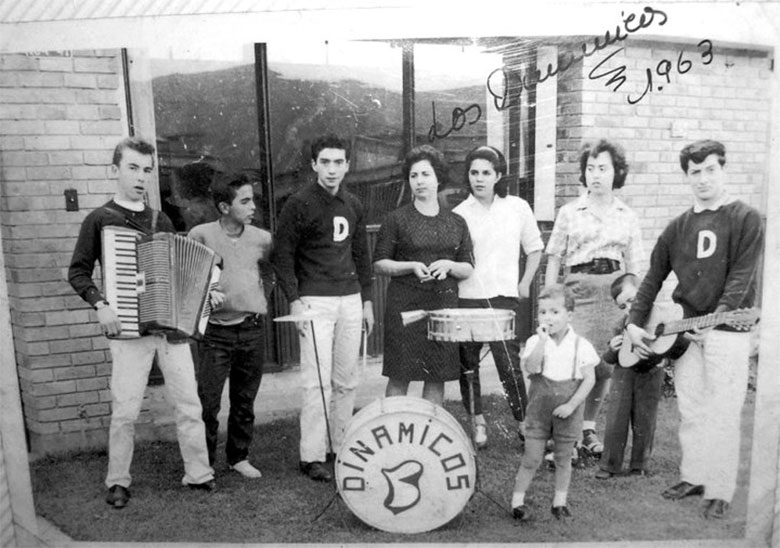 The sustained success of rock n’ roll in the United States and Europe was largely due to the baby boom that followed World War II, a demographic anomaly that didn’t happen in Colombia.

Raisbeck and Pinzon’s radio shows and Bill Haley’s notorious concert inspired the formation of a wave of bands and dance classes for fans, but the lack of commercial potential severely complicated progress.

Electric guitars continued to be more difficult to buy than gold or emeralds, local record labels saw no local market for this alien form of music and print media seemed to ignore the phenomenon.

Author Umberto Perez was forced to rely largely on the accounts of early rock n’ roll musicians and fans for his book “Bogota, epicenter of Colombian rock between 1957 and 1975” to prevent this part of history to simply disappear. 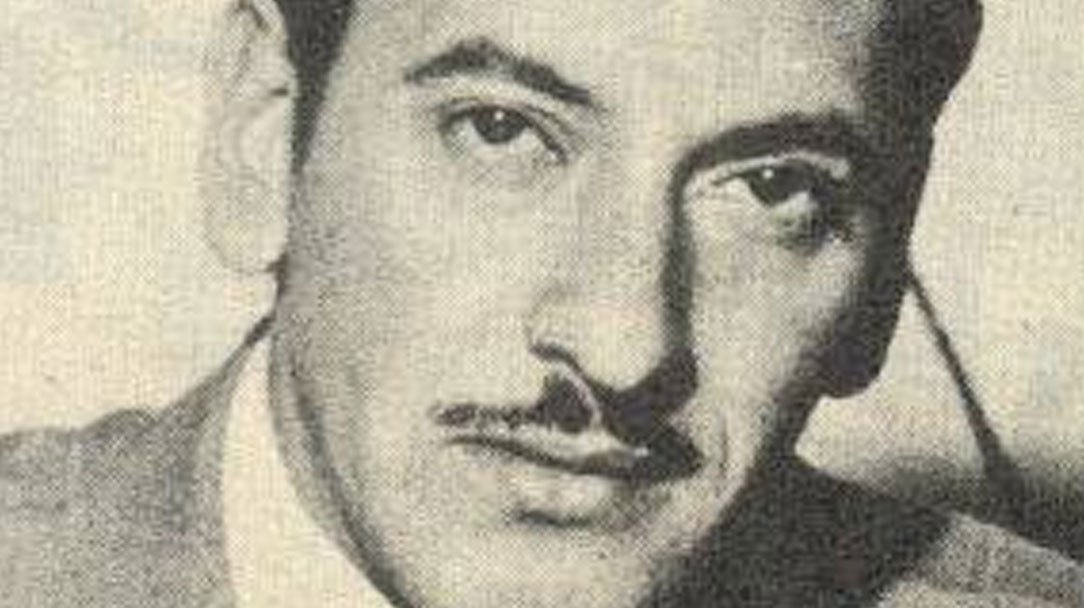 Rock may not even have developed in Colombia had it not been for Pinzon, who saw Colombia’s first rock and roll concert end in a riot but refused to give up on promoting Colombian bands on his weekly program on radio station 1.020.

The DJ kept Colombian rock n’ roll alive through the early 1960’s by playing the local bands in between commercial hits.

Pinzon’s compromise prevented the premature death of rock and roll in Colombia until 1965 when Bogota’s underground scene started getting into psychedelic drugs with the “Nadaistas,” a counterculture movement from Medellin.

This drug-fueled merger of the two underground forces triggered a creative boom that offended traditional society even more than the Bogota gangs.

The man behind the birth of Colombian rock died at the age of 92 in April and was praised as a “media and entertainment legend” for his introduction of television marathons and his promotion of classical music.

The fact Pinzon almost singlehandedly saved rock n’ roll and promoted multiple counterculture movements was carefully left out of many of the obituaries.