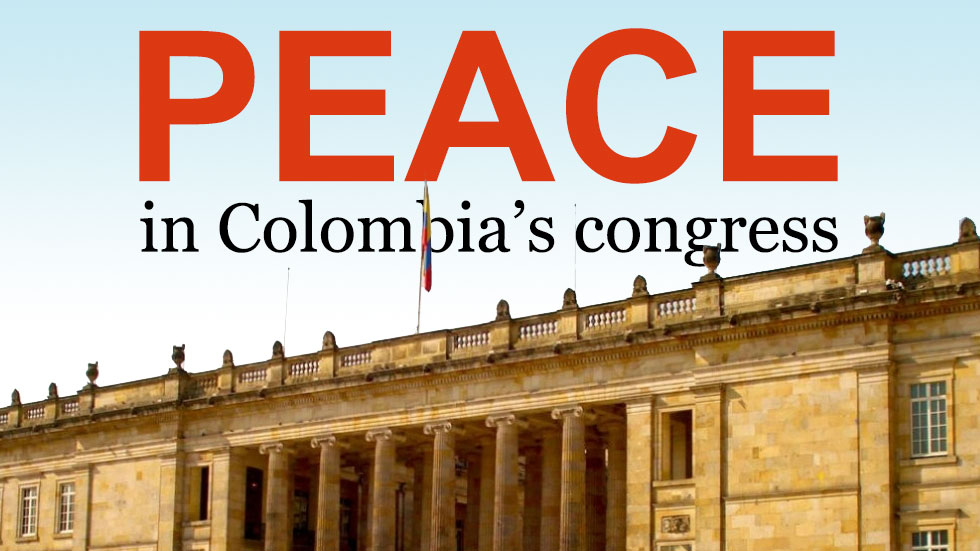 Colombia’s Congress will vote on a peace deal between the government and the Marxist FARC rebels next week.

Having seen the first deal rejected by the public in an October 2 referendum, President Juan Manuel Santos has decided to put the revision of the deal through Congress.

While supported in this by most coalition parties and the leftist opposition, the coalition Conservative Party and conservative opponent party Democratic Center have called for a second referendum.

The Democratic Center, which has opposed peace with the FARC since talks were made public in 2012, went as far as claiming that Congress does not represent the people.

“To say that Congress is not legitimate is to maintain that it cannot process any law,” adding that “instead of consulting an electoral census of 30 million citizens, we ask the Congress, which is the one representing those 30 million citizens.”

The revised document will be signed in Bogota between FARC leader Rodrigo Londoño and Santos, who won the Nobel Peace Prize last month for his efforts to end the conflict with the insurgent group.

The fragile nature of the bilateral ceasefire has hastened the need for the government to fast-track the implementation of the deal which will see the FARC rebels lay down their weapons and demobilize shortly afterwards.

Two supposed breaches of the bilateral ceasefire in recent weeks has also caused alarm with both the Santos administration and the FARC guerrillas acknowledging that the time for peace is now.

Ratification of the deal next week would bring some much needed stability to the situation as community leaders across the country are already becoming victims of violence and threats as they await its implementation.

In a joint statement issued Tuesday, the Colombian government and FARC leaders said, “the consolidation of peace requires that we advance with firm steps towards the implementation of the agreements, which will allow us to overcome so many years of conflict in Colombia.”

Former President Alvaro Uribe and the Democratic Center who fronted the “No” campaign have called for renewed “civil resistance” in their rejection of the deal as they claim that the changes made were merely cosmetic.

Uribe, a staunch opponent of Santos wants the accord to be put to the public again claiming that the democratic decision from October 2 is being ignored.

Despite these claims,  President Santos is confident that both delegations have worked sufficiently towards incorporating the wishes of the opposition into the revised accord.

“The young people, the victims, the businessmen,” recalled the letter he received from an important group of them, “the Catholic Church, headed by Cardinal Ruben Salazar, most Christian pastors, the media, governors and mayors across the country have recognized that the changes are substantive, meaningful and satisfying for them.” he said.

In a television address the head of State said “we have the unique opportunity to close this painful chapter in our history that has bereaved and afflicted millions of Colombians for half a century.”