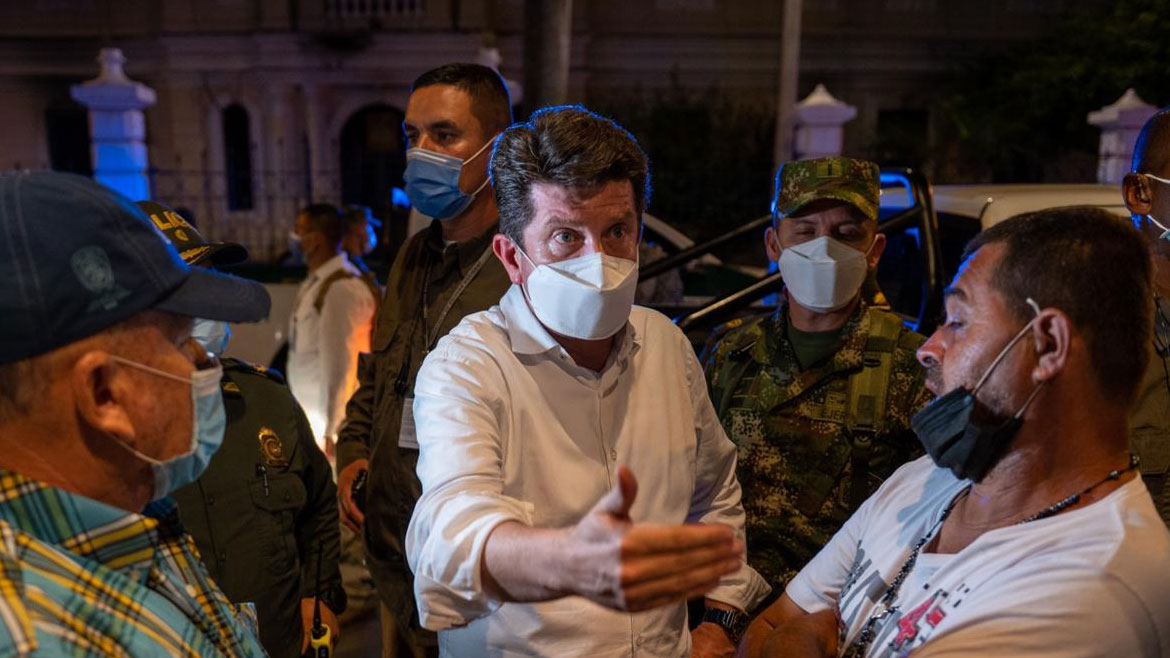 Colombia’s Congress on Thursday sank a motion of no confidence against Defense Minister Diego Molano who has been responsible for the brutal repression of anti-government protests of the past weeks.

Most senators of the coalition that supports far-right President Ivan Duque voted against the motion filed by the opposition over the mass human rights violations of the past weeks.

Molano celebrated the decision and said the Senate had “expressed its support for the soldiers and policemen” whose institutions are accused of killing dozens and disappearing hundreds of protesters.

Opposition politicians blasted their colleagues’ “complicity” in the atrocities committed against participants in anti-government protests that kicked off on April 28.

What the Senate of the Republic has done is to endorse the murder of young people in Colombia and state terrorism. The congress coalition has signed off on the massacre of their own people, and they do it for corruption.

The vote could complicate an end to the protests that have mushroomed in response to the police brutality, and spurred the resignation of two ministers and Duque’s peace commissioner.

A preliminary agreement to end the violent repression of peaceful protests that was signed by strike leaders and former Peace Commissioner Miguel Ceballos on Monday has yet to be ratified by the president.

Meanwhile, citizens and human rights organizations have continued reporting police brutality while protests and roadblocks not called by the so-called National Strike Committee continued to erupt.

The prosecutor general, the inspector general and the ombudsman have also come under fire over their alleged negligence to investigate the mass human rights violations.