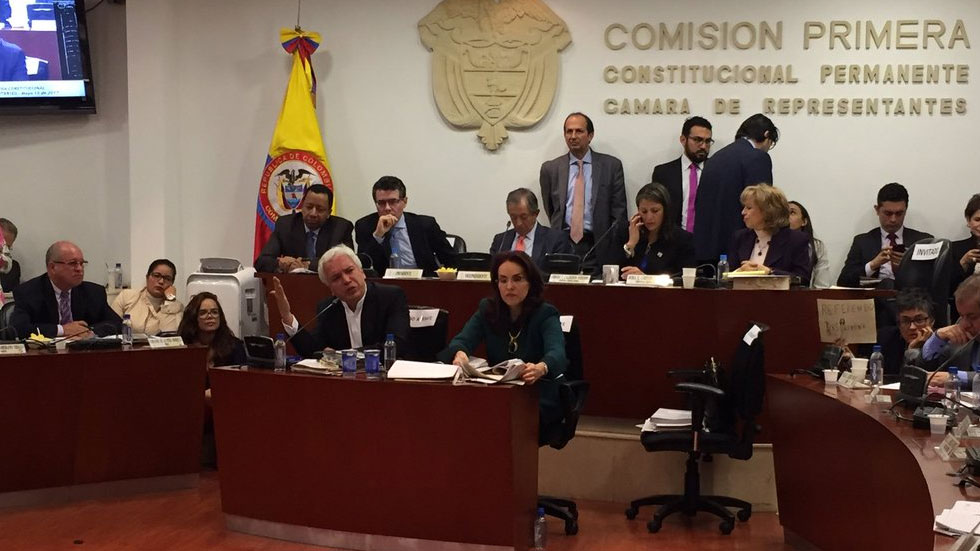 Colombia’s Congress has rejected a referendum that sought to rewind a Constitutional Court ruling that allows gay couples and singles to adopt children.

With it 20-12 decision, a House of Representatives committee rejected the referendum in a vote, much to the joy of the country’s gay minority.

“This has been an effort of all for children, singles and same sex couples,” the gay rights organization said on Twitter.

The proponent of the referendum, Liberal Party House Representative Viviana Morales, said she and other opponents of same-sex parenthood would be pursuing a Plan B.

The decisions of both the court and congress are opposed by public opinion and the Colombian Catholic Church that strongly reject the adoption of children by gay couples.

According to the latest Gallup Colombia poll, held in April, 68% of Colombians reject same-sex parenthood. The same poll indicated that the ongoing public and political debate has reduced public rejection that stood at 80% in October.

According to the church, same-sex parenthood is a violation of the rights of children. The church beliefs a family must constitute of a man and a women and that being raised by a same sex couple would be detrimental to the development of the child.

Morales, who was opposed by her own party, said her Plan B was to appeal the decision in the House’s plenary chamber “so the debate is broader.”

However, according to the constitution, a proposal must be first be approved before proceeding to a new debate round.

The same-sex adoption debate surged in 2015 after the constitutional court ordered equal rights to adoption for all Colombians, disregarding their sexual orientation.

According to the court, excluding gay couples as possible adoptive parents “limits children’s right to a family.”

The country’s Family Welfare agency ICBF said in 2015 that in Colombia more than 4,500 children were being raised in orphanages.

The government had opposed Morales’ popularly supported proposal. President Juan Manuel Santos reiterated ahead of the debate that the bill was both “unconstitutional and inconvenient.”