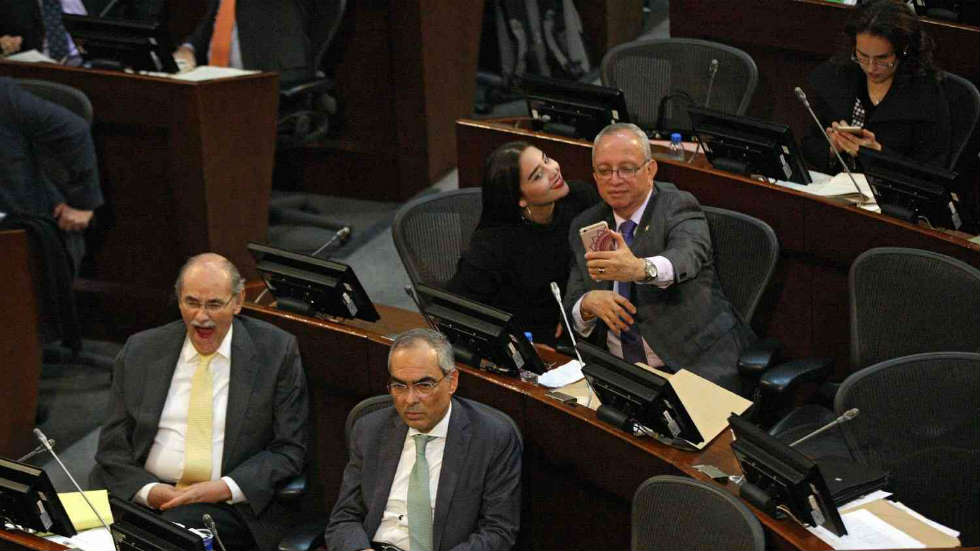 Colombia’s government and congress on Thursday made contrary claims about whether key legislation that is part of an ongoing peace process has been agreed.

The reservation of 16 congressional seats for war-torn areas divided the Senate on the last day of a transitional period to “fast-track” legislation related to an ongoing peace process with FARC guerrillas.

The bill was the last remaining element of a political reform that was abandoned on Wednesday, putting state compliance with the peace agreements signed with the FARC last year at risk.

Conservative parties in Congress objected to the reform that was supposed to take force before congressional elections in March.

They obtained support from several members of the Liberal and U Party who assumed the thesis that these 16 seats would not reach the victims, but the FARC or people possibly influenced by criminal sectors that operate in those areas.

With support only coming from the left, the bill received only 50 of 102 votes and was filed as rejected by Senate President Efrain Cepeda (Conservative Party).

Three senators of President Juan Manuel Santos‘ U Party are in prison for corruption and ties to illegal armed groups.

Absolute majority refers to the members of the Senate. Today there are only 99 qualified senators. The majority is 50 votes, so the peace districts were approved.

The senate president would not confirm the minister’s claim. Opponents of the bill fiercely rejected Rivera’s improvization.

Also the FARC’s representatives in Congress rejected the move, claiming it opened the door for lawsuits.

With only three months until the elections there is no saying whether the Santos administration will be able to execute the bill that first has to be ratified by the Constitutional Court.

The bills that is observed by the United Nations seeks to end more than half a century of violence between the state and the disarmed Marxist guerrillas.