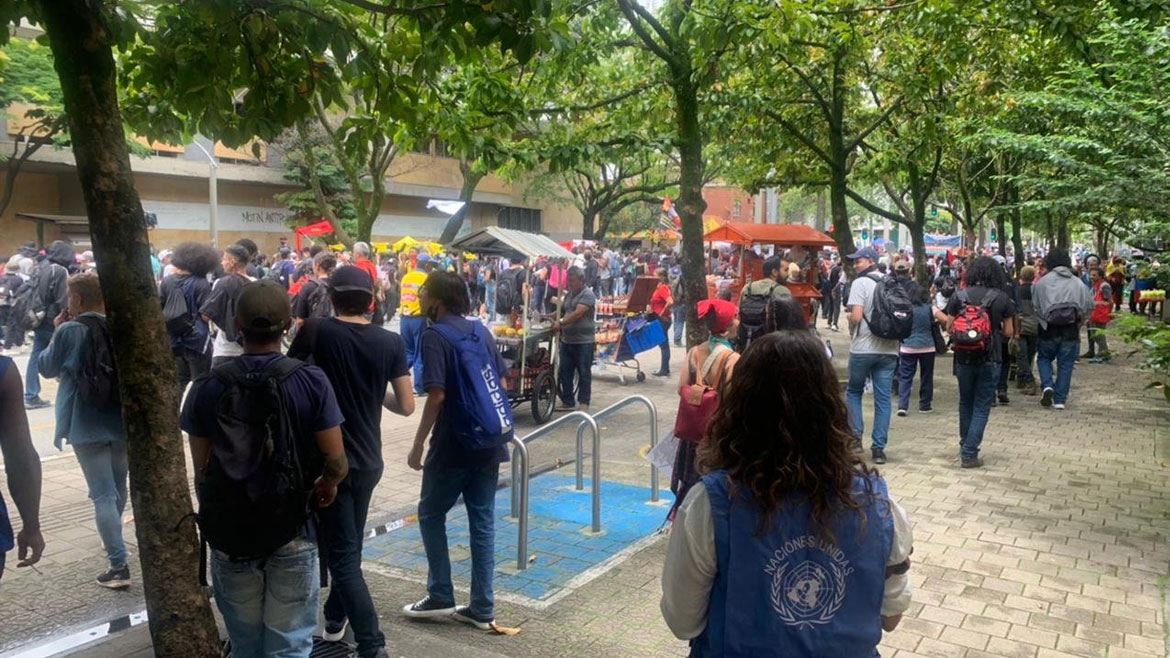 According to Defense Minister Diego Molano, some 123 protests were organized throughout Colombia.

Local media reported clashes between police and protesters in Bogota, Medellin and Popayan.

No incidents were reported in Cali, where the attacks by police and extremist supporters of President Ivan Duque left more than 20 people dead during the protests that followed last year’s national strike.

The marches and police response were monitored by the Ombudsman’s Office, the United Nations’ human rights office in Colombia and municipal human rights agencies.

The protesters demanded justice for the dozens of people who were killed, injured or arbitrarily imprisoned during the two months of protests last year.

None of the policemen and government supporters who allegedly murdered protesters have been convicted so far.

Under international pressure, the prosecution indicted 19 people for these murders.

The prosecution has put most of its resources in arresting alleged members of “Frontline” groups that were formed to protect anti-government protesters from police brutality with shields.