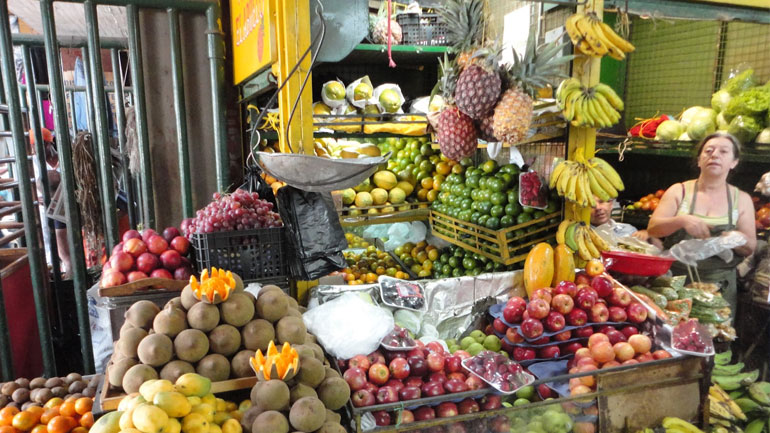 Colombia’s Central Bank believes inflation in the country will be 4.5% this year, a consumer price growth increase significantly higher than its initial projection of 3%.

The adjusted projection is partly the result of an increasingly cheap peso that’s lost more than 35% of its value amid a global drop in the price of crude oil, Colombia’s main export product.

According to government statistics agency DANE, consumer prices in June went up 4.42% compared to the same month last year when a price hike of 2.79% was registered.

June’s inflation in Colombia was the highest since 2008 when the global economy was dealing with the effects of a banking crisis that plunged scores of nations into a recession.

“We see an increase in this indicator, partly because of the devaluation [of the peso] and a negative impact on the offer of food products,” Central Bank President Jose Dario Uribe told newspaper El Espectador.

Food prices went up 6.2% in June compared to last year, according to DANE, remarkably more than average consumer prices.

This can only partly be blamed on the expensive dollar because drought caused by weather phenomenon El Niño has negatively affected domestic food harvests, meaning more food products than normal are imported, explained Uribe.

The central bank president told the newspaper he expects the increased inflation to be temporary and food price hikes to normalize once El Niño retreats and farmers con resume normal food production.

However, this is not expected until late in the year, forcing the bank to raise the projected inflation rate.