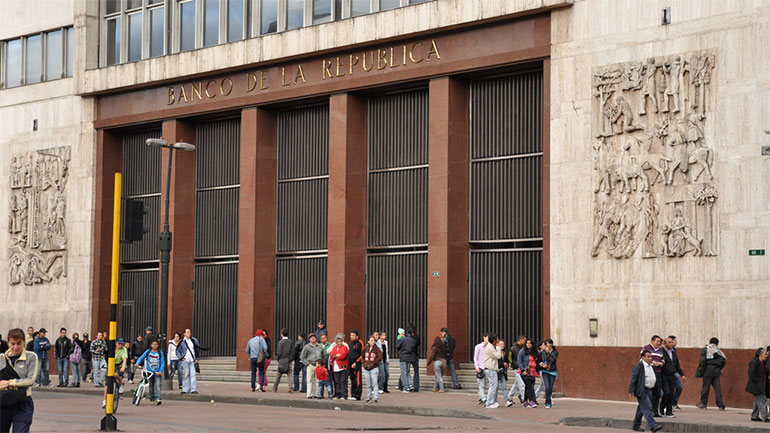 Colombia’s central bank lowered its benchmark interest rate by 25 basis points on Friday in a bid to boost a slowing economy, despite an uptick in inflation estimates and some members’ support for a more severe 50-point cut.

The move to reduce the rate to 6.25 percent, supported by four of seven policymakers, represented a more moderate position compared to the board’s 50-basis-point reduction last month, and marks the fifth cut in an easing cycle meant to bolster Latin America’s fourth-largest economy.

Colombia’s economy was hit hard by the global fall in prices for crude oil, coupled with inflation figures that reached more than double the central bank’s 2 percent to 4 percent target range last year.

There is “uncertainty” about how quickly inflation will fall to an ideal 3 percent, a statement read by bank chief Juan Jose Echavarria said.

The board is divided between those concerned about further inflation increases and those worried about growth figures, Echavarria said.

“Inflation has behaved well, but not all is well, there are some blemishes, some are worried about indexation, others are worried that a good part was due to food prices and that there’s not good news for growth,” he told journalists.

“I keep thinking that hopefully we will be as close to 4 percent as possible, but what has been emphasized is that the most important thing is to keep moving on the path to 3 percent next year,” Echavarria said.

“Colombia’s central bank didn’t provide much of an explanation for its decision to slow the pace of interest rate cuts,” Capital Economics said in a note to investors, “but our sense is that it may have been spooked by April’s inflation data, which were a touch stronger than expected.”

Gross domestic product grew less than expected in the first quarter, coming in at 1.1 percent year-on-year, below bank predictions of 1.3 percent.

“The growing weakness of economic activity” and a risk economic deterioration would go beyond the damage caused by the fall in crude prices pushed the board to continue cuts, the statement said.

The bank predicts 2017 growth at 1.8 percent, well below the government target of 2.5 percent.