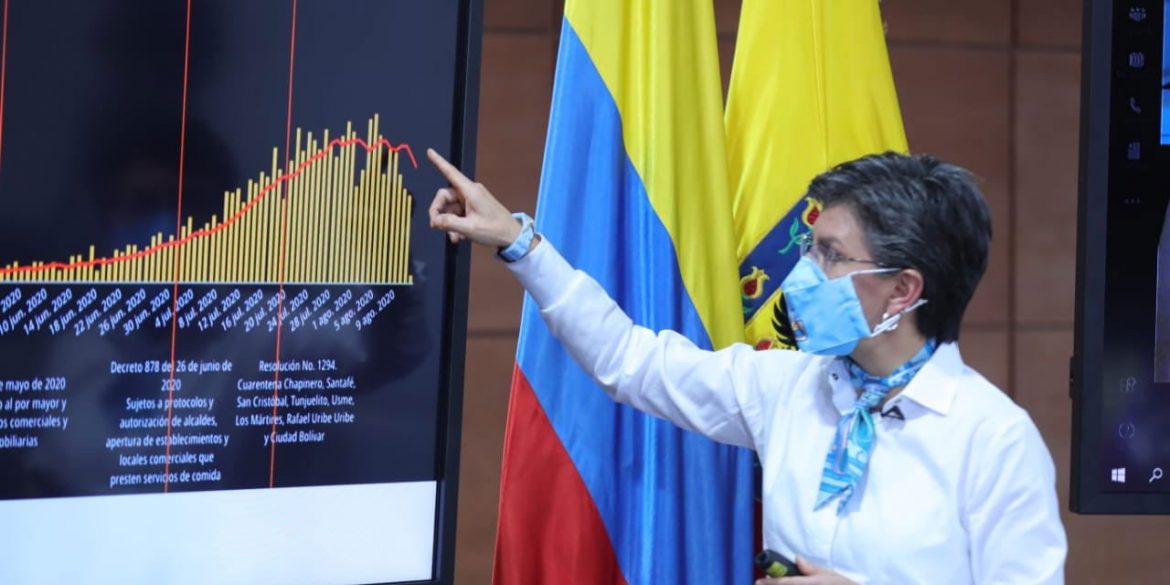 Bogota Mayor Claudia Lopez said Thursday she will extend a partial lockdown for another two weeks in an attempt to curb the spread of COVID-19 in Colombia’s capital.

The extended restriction of movement measures will take effect on Sunday in the center and northeast of Bogota, Lopez said on social media.

“All the indicators of the evolution of the coronavirus pandemic show that the effort of the past six weeks has worked,” said Lopez.

Bogota, a city of seven million, accounts for approximately one third of Colombia’s confirmed infections of the coronavirus, which was projected to peak in August and September.

The capital’s healthcare system all but collapsed a few weeks ago, but a steady increase in hospitals’ intensive care unit capacity appear to have stabilized the system.

According to the health ministry, the test results of another 3,835 Bogota residents returned positive on Thursday and another 98 people died of COVID-19.

The statistics from the capital, however, have yet to show a downward trend like in the Caribbean region where the number of infections have gradually been dropping after mid-July.

Because the pandemic behaves differently per region, the government of President Ivan Duque has given local authorities relative autonomy to decide when and how to follow up on his economic reactivation plans.

This has not just led to the delayed reopening of Bogota, whose mayor is a fierce critic of the president, but also in major cities like Medellin and Cali that are also just entering the projected peak of the pandemic.

Also in these cities the healthcare systems appear to be holding after initially bordering collapse over delays in the expansion of their healthcare capacity.

Since the beginning of March, when the first COVID-19 case was confirmed, more than 430,000 Colombians have been confirmed ill and more than 14,000 have died.

The real human cost of the pandemic is likely considerably higher because of difficulties with testing and the reduced availability of healthcare during moments that municipal healthcare systems were saturated.