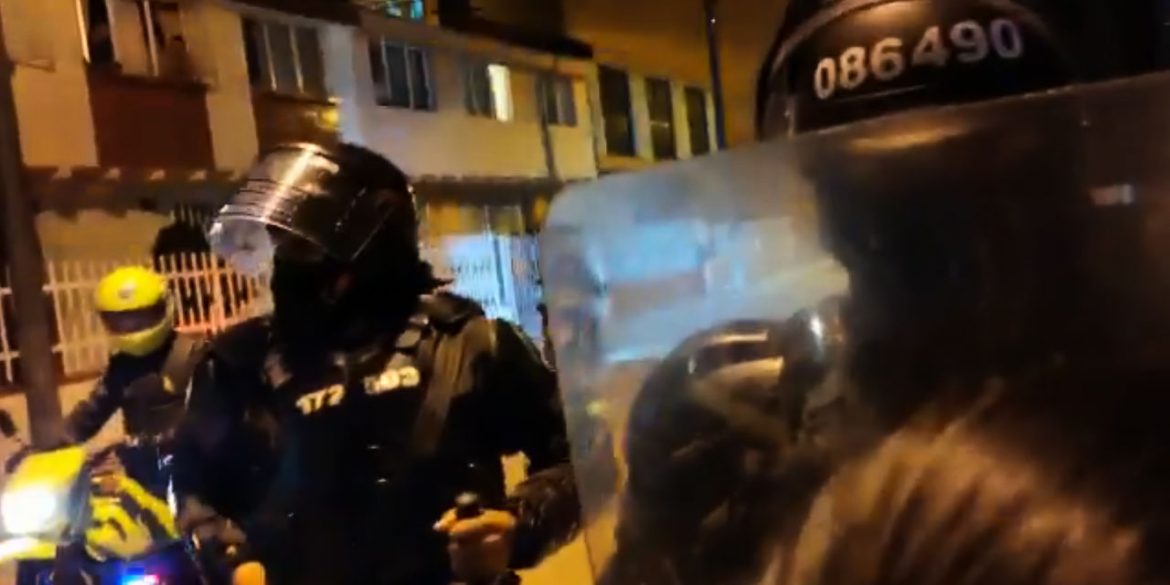 Many dozens of videos were uploaded by locals showing police opening fire apparently indiscriminately in apparent retaliation of protesters attacking police posts and stations during the day.

The police appear to be disobeying orders from Mayor Claudia Lopez, who on Thursday asked the police to ask forgiveness for similar terror the night before.

The mayor said Friday that police killed seven people and injured 68 on Wednesday and injured another eight on Thursday.

They disobeyed express and public instructions from the Mayor’s Office, so who do they obey? Justice, action and reform are urgently needed!

The United Nations human rights coordinator in Colombia, Julliette de Rivero, said Friday morning that “we express our solidarity with the victims and their families. We stress the importance of prompt and effective investigation and justice for the victims.”

Who is ordering the police terror is entirely unclear, but De Rivero said she hoped to “very soon have the opportunity to meet with the Minister of Defense,” Carlos Holmes Trujillo, “and his Vice Minister” who are responsible for the security forces.

In a message on Twitter about the “coordinated and systematic vandalism,” Trujillo said Friday morning that “the situation is now controlled by the public force, which has used all necessary means to guarantee stability,” making no mention of the evident state terrorism campaign that happened under his watch.

Later in the morning, however, the defense minister said that “the National Police asks forgiveness for any violation of the law or the ignorance of regulations of any of its members.”

The National Police will continue to be strengthened, taking the decisions that must be taken, so that the law, the regulations and the legitimacy of this institution are respected.

The minister added he would order an internal investigation into the escalation of police violence, but was quickly overruled by the Inspector General Fernando Carrillo, who said his office would investigate who was involved in the apparent terror campaign.

The excessive violence of police and hooded men is similar to what former Mayor Enrique Peñalosa called an “orchestrated terror campaign” at the beginning of anti-government protests in November last year.

That terror campaign backfired and triggered even bigger anti-government protests.

Unrest broke out in Bogota on Wednesday after the brutal murder of an unarmed men by two policemen, which spread to several other cities on Thursday.

While police brutality to quell these protests were also reported in other cities, only Bogota police have been recorded taking part in the apparent state terrorism campaign.