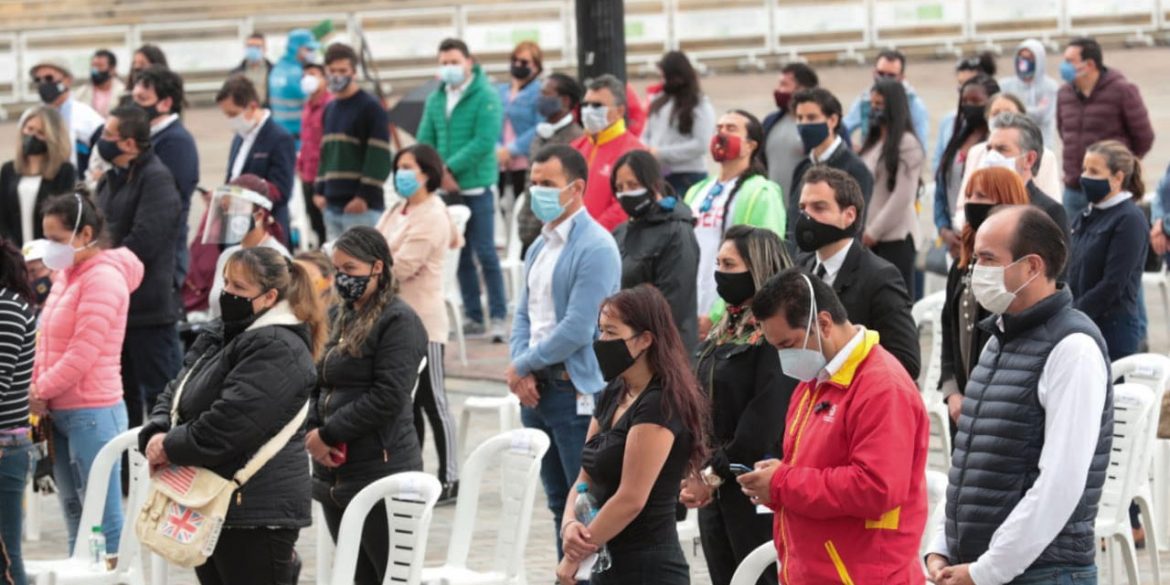 Bogota Mayor Claudia Lopez led an open-air ceremony on the central Bolivar Square to restore trust between the city’s inhabitants and police force after an explosion of violence the city hadn’t seen in decades.

The brutal murder of an unarmed man by two policemen in the early hours of Wednesday sparked peaceful protests and attacks on police stations the far-right government of President Ivan Duque sought to repress with extreme police violence.

Since then, 10 people in the capital and three in the neighboring city of Soacha were shot dead by police that indiscriminately opened fire on protesters.

Clashes between residents and police that are still winding down left 209 civilians and 194 policemen injured. Dozens of police stations and police posts were left in ashes.

The far-right president failed to attend the peace and reconciliation ceremony hosted by the progressive mayor, who had invited Duque.

The violence has destroyed the government’s legitimacy and Bogota residents’ trust in the authorities, which the mayor is hoping restore after she regained control over her police force on Friday.

The ceremony began with a speech from the Maira Paez, partner of Jader Fonseca, one of the civilians who was murdered by the police during the state terrorism campaign.

I want to demand that the national government do justice, that no more people are killed or injured by the police, that the full weight of the law falls on them because what they did was a murder. My husband was not wounded by a stray bullet, he was shot four times. He was riddled. They have left a child without the right to know his father, my son is orphaned by this violent act. The president should be here, the National Police asking us to forgive him for what happened.

“We need you to be our friends and we need to be your friends to move our nation forward in peace,” said Constanza Chaparro, whose family member Brayan Rodriguez survived the violence.

Both Catholic and protestant religious leaders spoke in an attempt to heal the wounds of the traumatized residents whose political leaders united to force the national government on its knees.

The capital plans to continue its resistance against Duque, who was elected with the support of drug traffickers, with a peaceful noise protest at 6PM.

The coming weeks, Lopez plans to actively take part in events to restore confidence between residents and the local police department while national lawmakers are urging a far-reaching police reform.