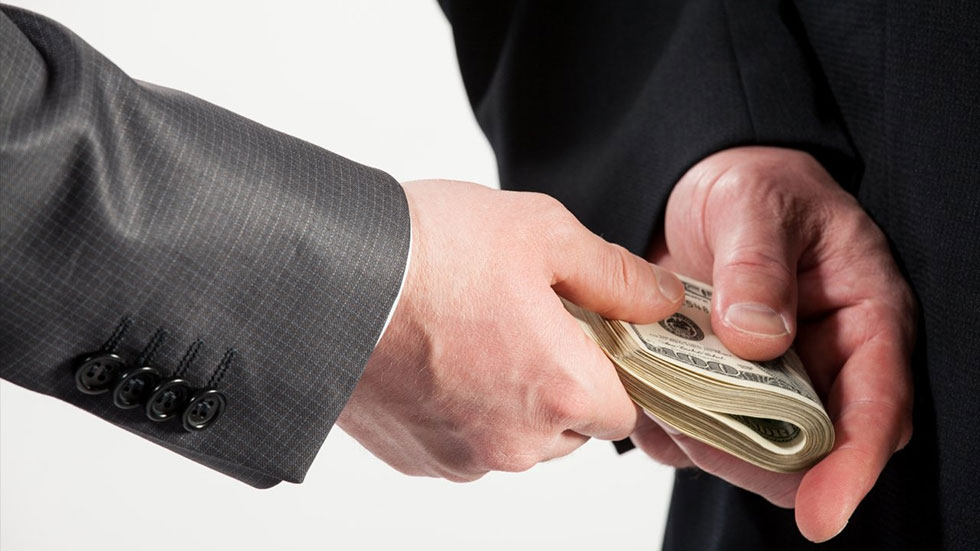 A poll conducted among businessmen by the national businesses association ANDI concluded that there is widespread acceptance towards government corruption in Colombia.

According to the poll, almost 71% of the 89 business owners who participated believe that there is a “moderate to high level of tolerance” towards public organizations and civil servants who seek to speed up business deals through financial incentives.

Responses showed the health sector to be the most corrupt area of business with almost 75% of companies signalling their compliance with government officials. Second came the customs sector (70.1%) and third was the tax sector (58.6%).

By region it was La Guajira and Choco which were reported as having the highest cases of corruption, located on Colombia’s Atlantic and Pacific coasts respectively.

The president of Cartagena’s Chamber of Commerce labelled the coastal corruption statistics as “concerning” while suggesting that business owners have simply grown numb to the involvement of corrupt public organizations and public servants, according to El Espectador.

(On the coast) they have become used to not reporting corruption. It’s clear that for a businessman there are various costs associated when you wish to interject a legal appeal, above all because you don’t know if it will take effect, so there are many ways to stop this type of reporting. Moreover, some may fear the consequences on their other businesses.

President of Cartagena’s Chamber of Commerce

President Santos began his tenure in 2010 vowing to combat corruption tooth and nail, stating that he would “consolidate, coordinate and strengthen preventative action against corrupt officials.”

Over 6 years later it is safe to say that one of Santos’ biggest stains on his resumé has been his inability to affect any kind of change whatsoever with regards to the deluge of corruption within Colombia’s government.

Transparency International’s 2015 Corruption Perception Index, which measures the levels of public sector corruption from best to worst, placed Colombia 83rd out of 168. While this is a minor improvement from the previous year’s ranking of 94th, it still reflects “a serious corruption problem.”

Moreover, Colombia’s standing is more than likely set to drop given the recent epidemic of corruption cases. Indeed in 2016 it was reported that over the past 5 years Colombia’s prosecutor general had received 56,000 complaints of corruption, with only 2% of cases reaching a conviction.

In light of these events Santos has been forced to re-issue a “full-on war against corruption”, yet such talk has become overly repetitive, with little evidence of effective action taking place.

Based on this latest enquiry, it would appear that corruption has in fact become more entrenched in Colombia than ever before, leaving many to accept it as a mere formality, while tax paying citizens are forced to suffer the costs.